What a difference a year can make! During the past year we’ve watched 10 Levitt AMP sites come to life—transforming underused public spaces into vibrant, music-filled community hubs. With the inaugural Levitt AMP Music Series coming to a close this week, we’re celebrating some of the many ways this free, community-driven outdoor music series has impacted the 2015 Levitt AMP grantees’ hometowns. 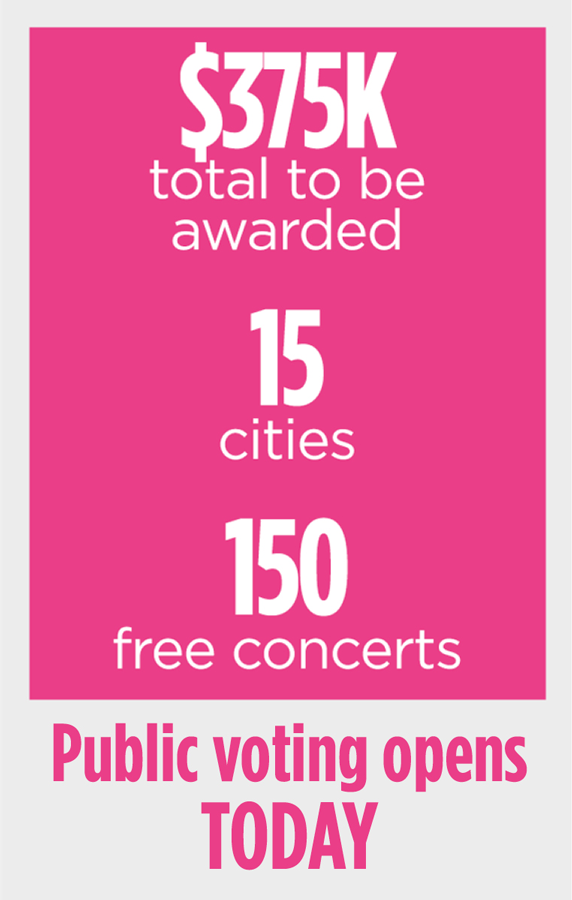 Although the first Levitt AMP chapter is about to conclude, the next is already underway! The application period for the 2016 Levitt AMP [Your City] Grant Awards has just ended and the applicant pool has nearly doubled from 2015.

Which brings us to some fantastic news! Recognizing our nation’s growing need to come together as communities, we're thrilled to announce that we've expanded Levitt AMP to 15 grants to be awarded across the country in 2016! That's right, 15!

And once again, we're opening the Levitt AMP selection process to YOU! Online public voting will determine the 2016 finalists—which has also been increased to the Top 25. The number of votes received is one of the key factors in determining the winners, so help your favorite Levitt AMP proposal become a finalist! Voting opened today and ends November 30. Cast your vote!

Grantees rallied community support to create welcoming spaces for concertgoers across the country—like the folks in Sheboygan, Wis., who converted a barrier separating downtown entertainment from cultural organizations into a green, walkable space connecting these amenities, and the folks in Middlesboro, Ky., who came together for fundraising cookouts and the volunteer-powered installation of 4,000 square feet of sod to transform a vacant lot into a welcoming destination where community members can now gather.

Bringing people together of all ages and backgrounds

The compelling and eclectic programming of this year's Levitt AMP Music Series encouraged people of all walks of life to come together. Reflecting on the Levitt AMP Sheboygan series, Sheboygan Mayor Mike Vandersteen expressed, “The incredible lineup of national and international musical groups this summer turned our beautiful new downtown greenspace—that not so long ago was the old Boston Store and parking lots—into a place to enjoy live music, to eat and drink, to meet old friends and make new ones—a place to build and to celebrate our community.”

Robin Boyles, director of Delta State’s Office of Institutional Grants, viewed the Levitt AMP Cleveland Music Series in Mississippi as “an opportunity to engage the entire community of Cleveland” at the Crosstie Walking Trail, a site that had been historically divisive. Cleveland’s railroad tracks (which used to lie where the Crosstie Walking Trail is now) once separated communities, neighborhoods and people. Boyles explained how especially fitting it was to hold a music series in this location as “music connects people.” 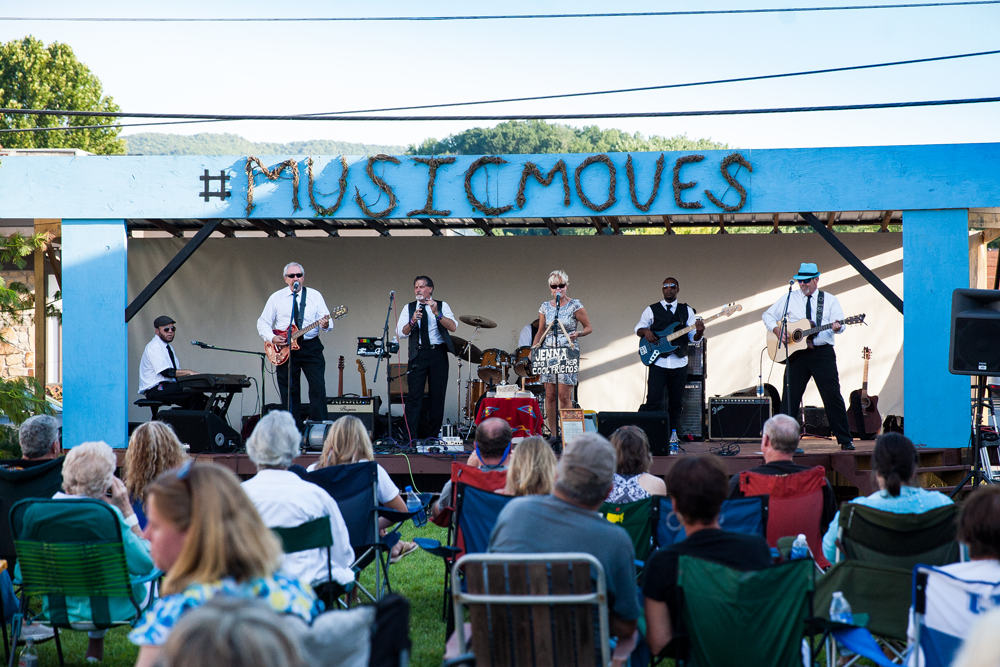 True to Levitt’s mission to foster connections, the Levitt AMP Grant Awards encourage collaboration and community participation right from the start—from the public voting period to the grant itself. To bring the series to life, grantees build upon the momentum of the public vote, leveraging Levitt’s national reputation and the excitement surrounding the series to engage local businesses, funders and individuals seeking to create transformation in their hometowns. Each of the 2015 Levitt AMP grantees built meaningful partnerships with local businesses and community organizations. Hartley Peavey, founder/ceo of Peavey Electronics donated $4,500 of sound equipment to the Levitt AMP Cleveland Music Series, because he viewed the donation as an opportunity to “act as a bridge to link the rich musical legacy of the Delta region to the next generation of music professionals.” Meanwhile, in Virginia, organizer Nathan Moore leveraged the energy around Levitt AMP and his position in broadcast media to secure televised promotion for Levitt AMP Charlottesville Levitt AMP grantees also leveraged Levitt’s funding to attract additional grants from statewide funders—like the New Jersey Council on the Arts’ support in Trenton and the Kentucky Arts Council’s support in Middlesboro, a first for their community. 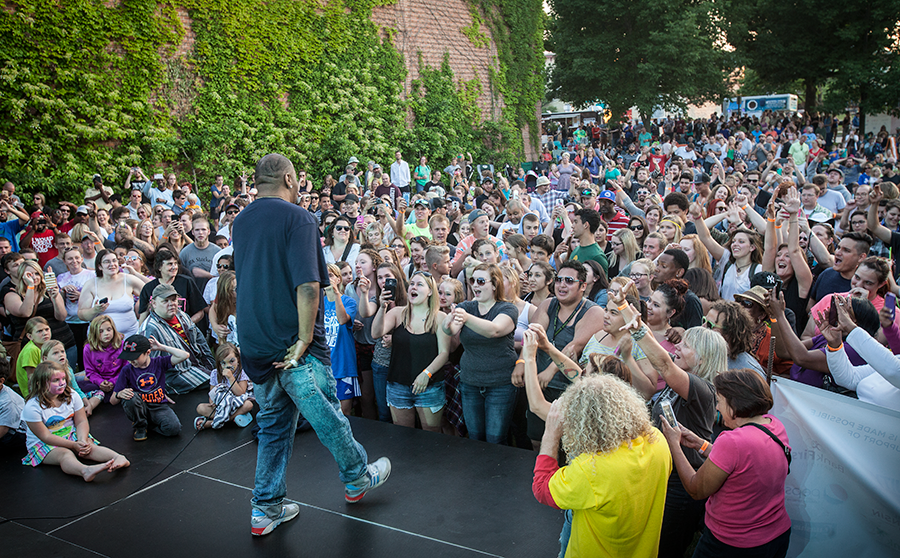 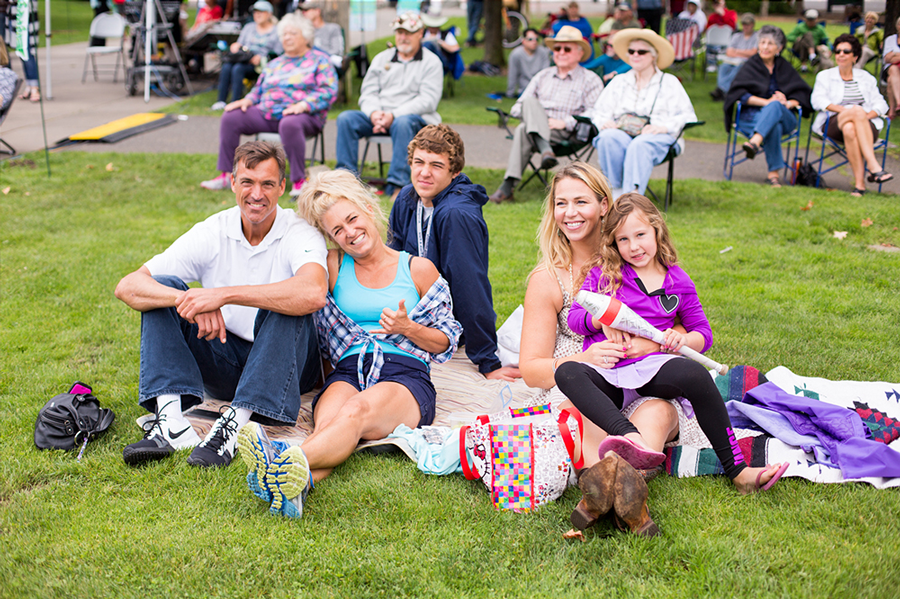 While many of the 2015 Levitt AMP winners used their grants to launch new series, some—like Downtown Bellingham Partnership (Bellingham, Wash.) and Denison Main Street Inc. (Denison, Texas)—leveraged the grant to bring momentum to an existing music series. Donna Dow of Denison explained that with Levitt’s support, concert attendance more than doubled. She also noted a change in the crowd itself, which in previous years was primarily local. This year Levitt AMP Denison concerts regularly attracted attendees from their rural North Texas region, as far as 45 miles away. The Levitt AMP Music Series drew in people as well as their spending power. Jay Connelly, owner of Denison’s Main Street Mall, like many local business owners in town, extended operating hours on Friday nights in response to the increased foot traffic the concerts brought in. In Maryland, Levitt AMP Frederick organizer Kara Norman noted how often she’d see to-go bags on the lawn, as concertgoers were patronizing local restaurants beforehand. This experience was echoed by several other Levitt AMP grantees—speaking to the positive economic impact of the series. 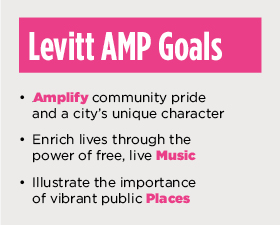 Perhaps the most rewarding outcome of the Levitt AMP Music Series was the amplification of community pride seen across the country. Wendy Schmitz, director of the Sheboygan Senior Activity Center and Levitt AMP Sheboygan audience member, spoke of the "joy it brought to see tiny children tumbling and hula hooping in front of the stage, families setting up their picnic areas, teenagers and seniors sitting side by side enjoying all kinds of local and international music." 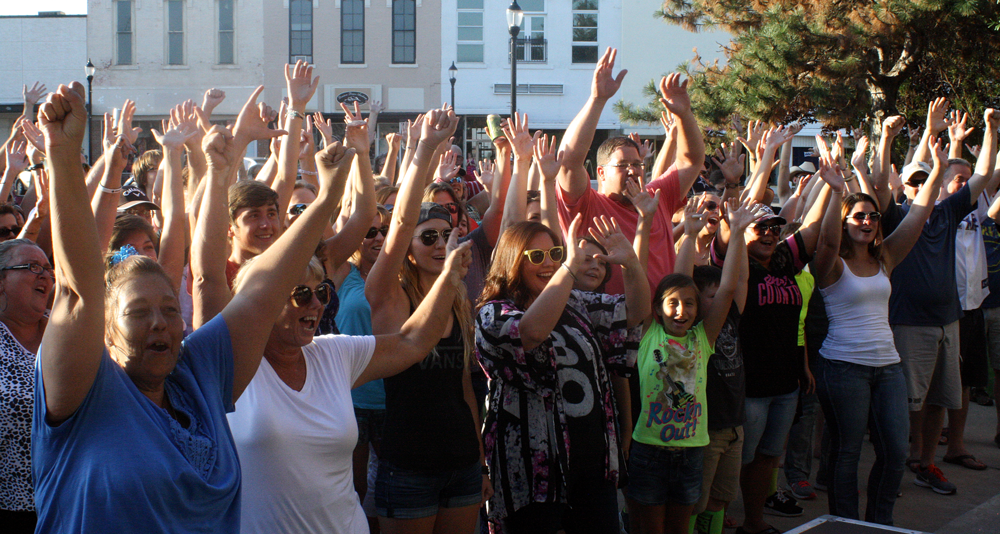 With Levitt AMP 2015 almost behind us, we’re now calling on you to help shape Levitt AMP 2016! By taking just a couple minutes to vote, you can help transform a place in need of activation and bring joy to thousands of people in the process. Spread the word and rally your family, friends, colleagues and neighbors to vote for your favorite 2016 Levitt AMP proposals, starting TODAY!

Click here to sign up to vote now and get ready for another exciting chapter of Levitt AMP!