Embracing his rich heritage after years of successful recordings as a gospel artist, the charismatic, London born, U.S.-based vocal powerhouse is having a breakthrough year as a mainstream pop artist, scoring over 72 million views for “Let It Go” and another 40 million views for “Peponi,” the “Africanized” version of Coldplay’s “Paradise” with The Piano Guys. In addition to that, Alex recently made his debut at the world-renowned Royal Albert Hall, opening for Olivia Newton John, and realizing a childhood dream.

He launched his professional career in 1995 as the lead singer of the European boy band, Awesome. The band performed at local dances and other small venues until 1996 when they won a vocal competition on Capitol Radio, London’s largest radio station. Awesome signed to Universal Records Europe and released three singles from their debut album Rumors which made the Top Ten on various pop charts throughout Europe. Selling over half a million CDs, they performed shows alongside numerous superstars, including Bryan Adams, The Backstreet Boys, George Michael, Simon and Garfunkel and MC Hammer.

“I’ve done everything else—jazz, pop, hip hop, gospel, heavy metal, even emo—and then I got a phone call from The Piano Guys wanting me to be in their video singing Swahili,” Alex is gratified by the response to his Africanized versions of pop songs and the commercial opportunities they are opening for his career. “I think above all, people respond to an artist’s honesty and integrity, and I feel like I am being true to myself in a way I have never been,” he says. 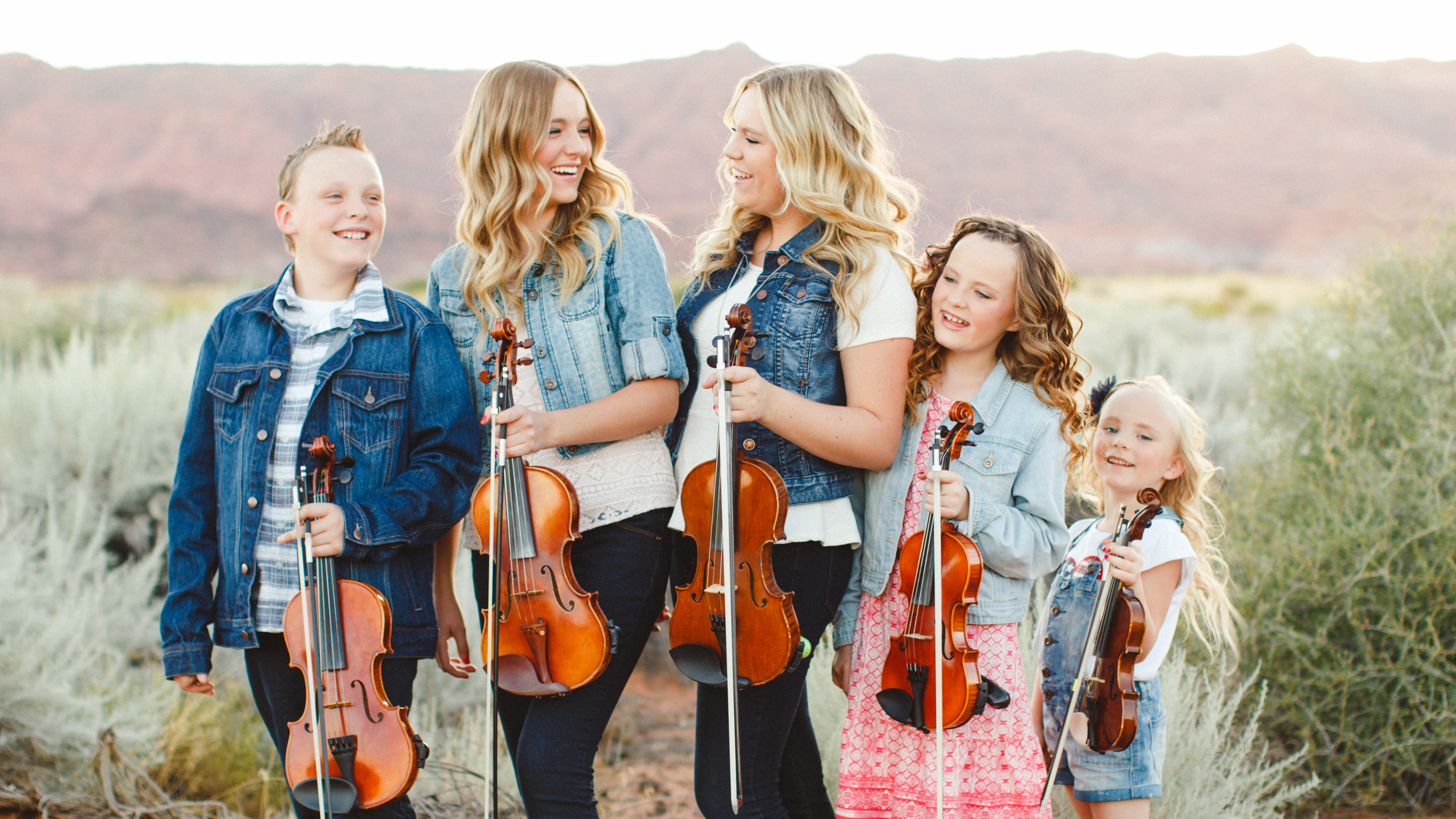 The Five Strings are a performing violin group made up of five siblings from St. George, Utah. Their audiences are amazed at the variety of music they play at such a young age, ranging from 6 to 16 years old. In addition to violin, the group features mandolin, guitar, piano, ukulele, as well as singing and dancing. The group has recently returned to Utah from Nashville Tennessee, where they were under instruction of some of the top music and dance teachers. The Five Strings have performed for a variety of audiences from all over the world. A few of their favorite venues they have made appearances at include; Branson Missouri, Tuacahn Amphitheater, Nashville Tennessee, and performing for the top resorts throughout the islands of Hawaii. Along with performing, The Five Strings' have teamed up with some of the creators of The Piano Guys, and are working hard to release a new, high quality music video every week on YouTube. The Five Strings’ love and dedication of music shows from the second they raise their bows. They wish to thank all of those that have had an impact in their lives so far. They are very thankful for their talents and hope to see their many friends, family and new acquaintances at an upcoming show!