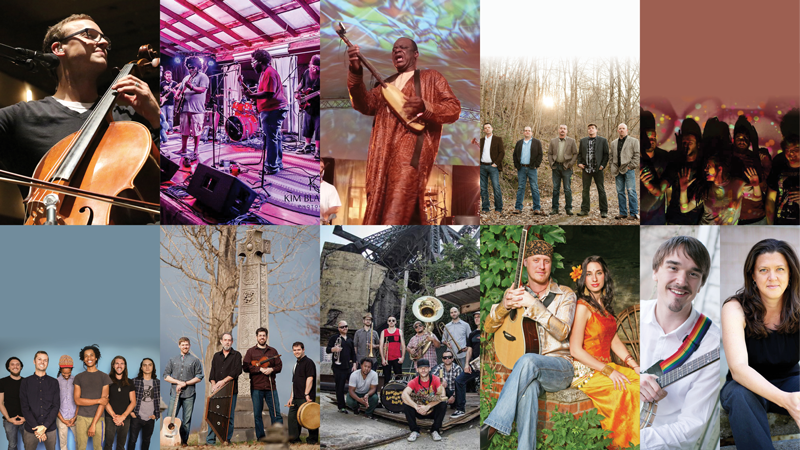 Based out of Lexington, Ky., Driftwood Gypsy is a sonic adventure rooted deep in the soul of jam funk fusion.

Hailing from Harlan, Ky., the Cumberland River Band pays tribute to tradition, while carving out their own unique style in the bluegrass world.

Indighost is a psychedelic rock band from the Appalachian Highlands area.

Roots of a Rebellion

This Nashaville group from Nashville, Tenn., Roots of a Rebellion brings reggae-rock-dub music for the soul.

Lowdown Brass Band, hailing from Chicago, is a horn-driven ensemble with strong roots in the ‘New Orleans second line’ tradition.

With opening acts Fritz Schindler Band and The Handshake Deals.

HuDost’s ‘neo folk world rock’ crosses all borders and barriers, taking the listener on a journey they will never forget.

With opening acts Hudson K and Anything But Sue.

Featuring Donna and Lewis Lamb, The Jean Ritchie Nieces, David and Delois Sherman with songs of the Carter Family, and Deborah Payne & Sam Gleaves carrying on the tradition.