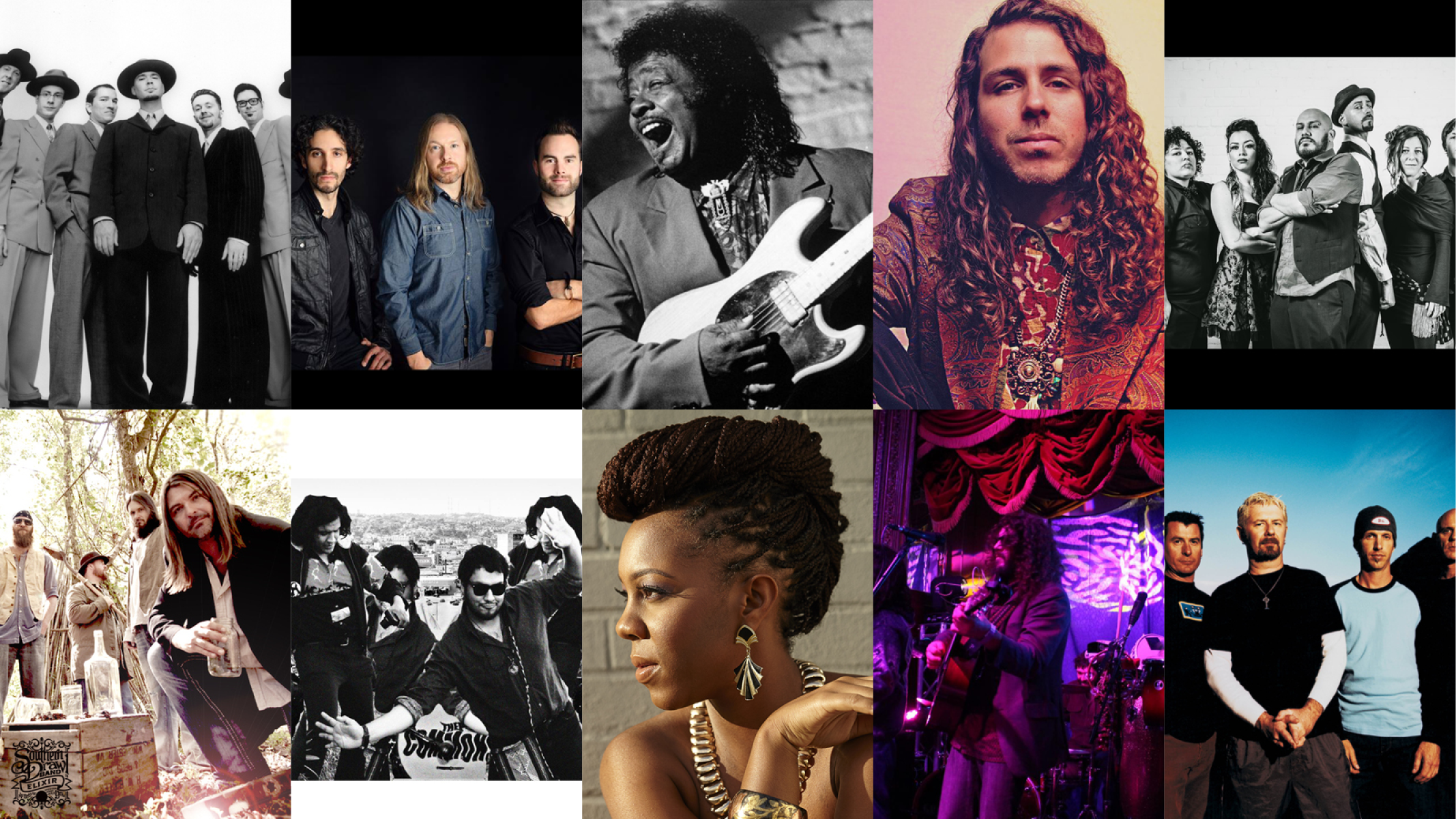 This band brings a vibrant fusion of the classic American sounds of jazz, swing and dixieland, with the energy and spirit of contemporary culture.

Credited with influencing both Jimi Hendrix and Buddy Guy, Guitar Shorty has been electrifying audiences for five decades with his supercharged live shows and his incendiary recordings

From Knoxville and Nashville, Southern Drawl Band's energetic tunes encompass the best bits of Southern rock and country from the backwoods of Tennessee.

This East LA band unites their myriad influences from psychedelia, cumbia and punk music for a highly energetic, intoxicating live set that is taking the nation by storm.

This vivacious singer's sublime blend of modern reggae, jazz and soul has been featured on BBC and Britain's Got Talent, among many other industry platforms.

This Celtic Rock band has shared the stage with the likes of Jethro Tull and Johnny Lang, been featured on multiple TV programs and is a globally known name in Celtic Rock.