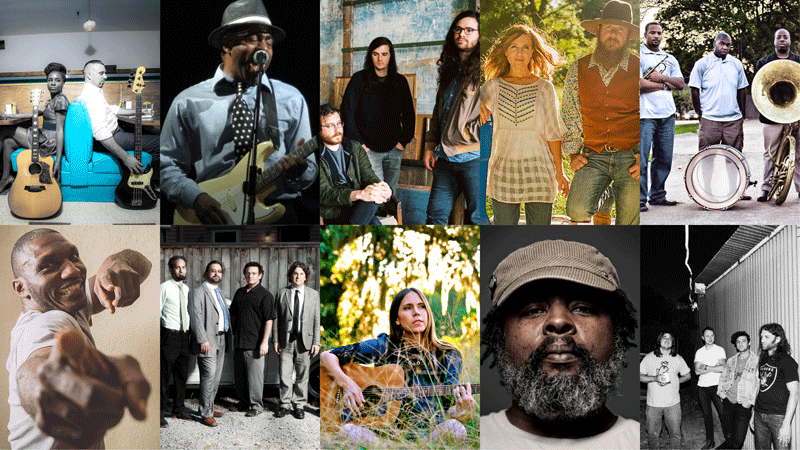 Folk/soul duo, Teneia takes their exploding vocal range and honest songs on the road to spread a message of love and equality.

With opening act The Icemen at 7pm.

With opening act Nossiens at 7pm.

With opening act The Natural Act at 7pm.

Formed by Cedric Burnside, Trenton Ayers joined the Cedric Burnside Project to bring the North Mississippi sound to the world that is both traditional blues and new-school funk.

Born and raised in the Mississippi Delta, singer/songwriter Bronwynne Brent unites all the best elements of Southern American roots music.

Known as a “musician’s musician,” Alvin Youngblood Hart presents a live explosion of roots rock that is a test of time in the world of music.