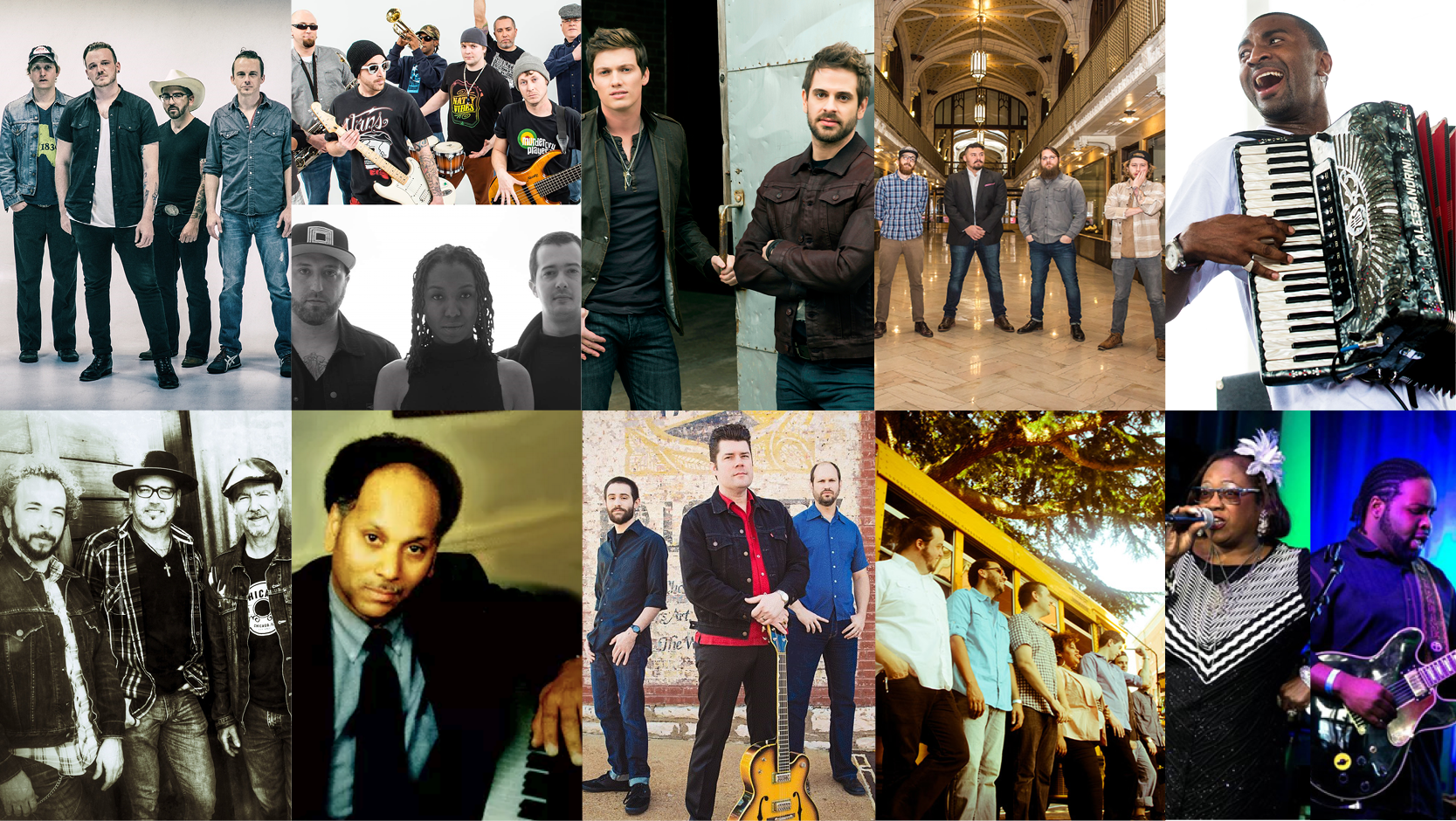 This six-piece alt-country band from Dallas-Fort Worth combine a punk DIY sensibility with country roots, creating their own unique brand of modern-day outlaw country.

With opening act Smashtag at 6PM.

Unifyah and Mathias & The Pirates

Known for their joyous, high-energy live shows, reggae band Unifyah and hip-hip collaborative Mathias & The Pirates will have the audience up on their feet and dancing all night long.

With opening band The Tangents at 6PM.

This modern country duo will bring a foot-stomping good time with their irresistible hooks and catchy melodies.

Hailing from Louisiana’s Creole country and the son of zydeco legend Jude Taylor, Curley Taylor has infectious zydeco music running through his veins.

This blues rock quartet blend the best of Southern rock and soul, amassing fans around the world with their exuberant style.

With opening act The Longmeyer Band at 6PM.

This renowned jazz pianist who has shared the stage with several jazz greats is known for taking audiences on a rollercoaster ride with his thrilling and unpredictable style.

St. Louis’ premier rockabilly band has played with the likes of Brian Setzer and Chuck Berry, and is known for giving audiences a rollicking good time.

With opening act Stone and Snow at 6PM.

With opening act Pizzazz at 6PM.