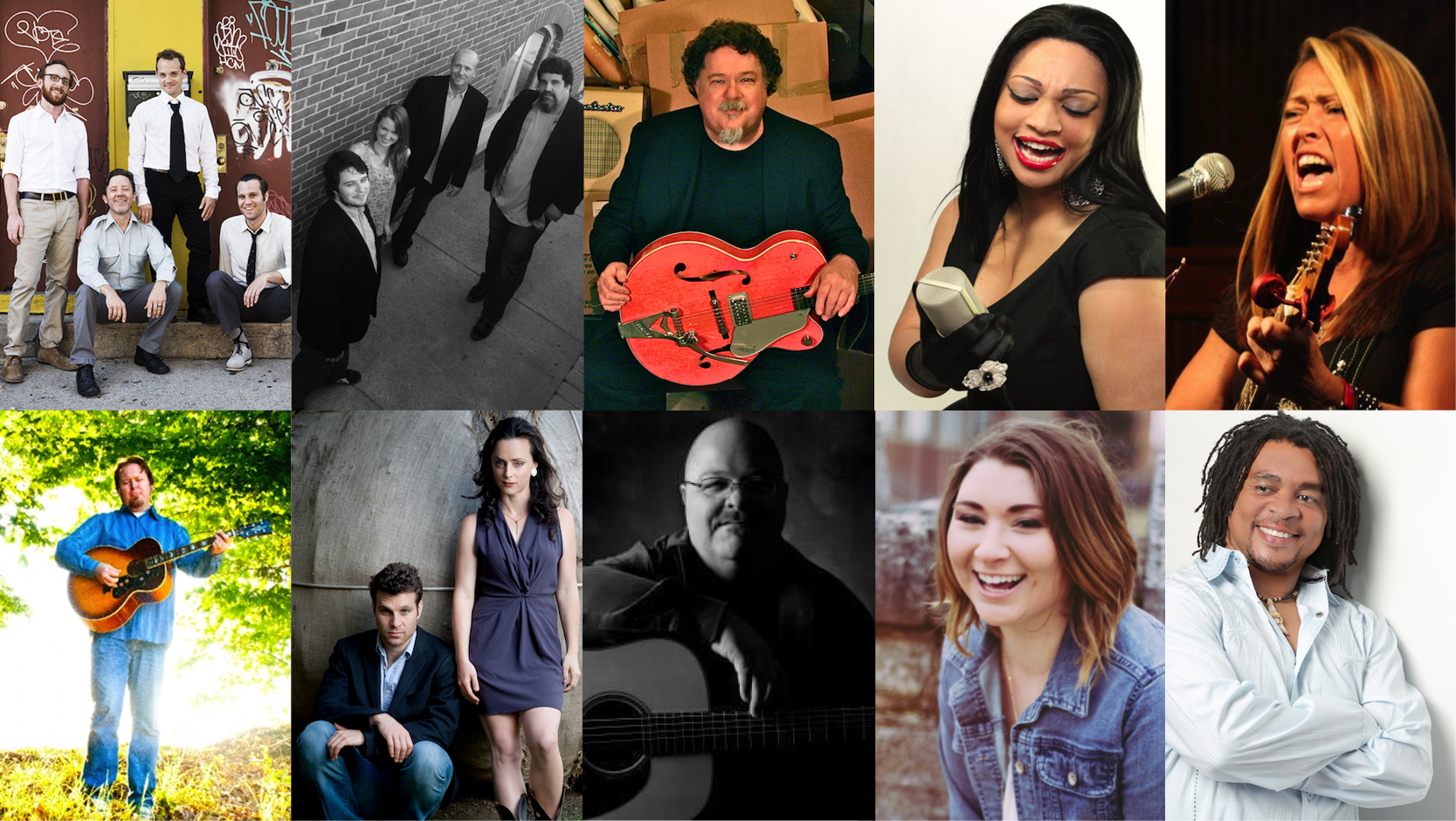 Step back in time this summer with East Coast quartet Roosevelt Dime, that celebrates music of a bygone era with a toe-tapping fusion of acoustic Americana, folk, rock and rhythm and blues.

As its name implies, Circa Blue is all about bluegrass, fusing the old and the new through an irresistible combination of tight vocal harmonies, clean instrumentation and creative arrangements.

Bill Lloyd—songwriter, guitarist, producer, musicologist and Nashville legend—is best known as one half of the ‘80s country-rock duo Foster & Lloyd.

“Mississippi Blues Diva” JJ Thames is a force of nature on stage, bending her magnificent, bluesy voice to a mix of R&B, funk, Motown, ska, reggae and soul.

Warm your heart this summer with Jeni Carr, an acclaimed country-rock singer/songwriter based in Nashville, Tenn.

Tennessee-based singer/songwriter Elam McKnight and his band draw upon the region’s blues, rock and country roots.

Kristen Brassel mines her Southern roots for a honeyed blend of country, roots and pop.