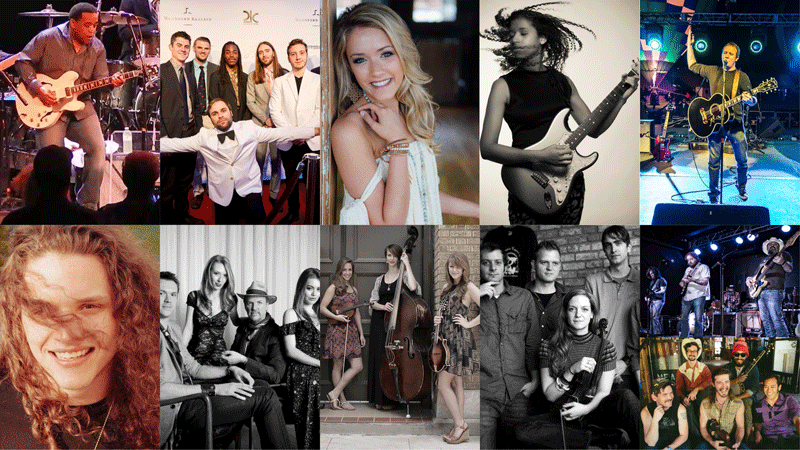 With opening act 3DC - A Celebration of Three Dog Night at 6:30pm.

As a runner up on NBC’s "The Voice," this ‘old soul’ was known for her love for vintage country and her unique ability to give a classic genre a modern sound.

With opening act Children of the Empire at 6:30pm.

Country singer Kurt Thomas captivates audiences with songs that capture the beauty and simplicity of life.

Influenced by soul, R&B and country music, Rocky Block is a Nashville native that defines the new breed of artists in Music City.

The Bankesters combine elements of country, folk, bluegrass and gospel into a delightful sonic stew.

The Bloody Tinth, named after the all-Irish regiment in the Civil War, incorporates elements of traditional Celtic music into their eclectic rock sound.

Join Nick Dittmeier & the Sawdusters, a four-piece Americana band from Louisville, Ky., and Whiskey Shivers, a folk/bluegrass band out of Austin, Texas for a gritty and exuberant performance that's bound to put a smile on your face.