Starting June 3 with country gospel group Joshua Creek, the 2016 Levitt AMP Midvale Music Series will present 10 weeks of free, live music on the Midvale Outdoor Stage in the Park—elevating the existing series and building upon the city’s efforts to revitalize Midvale City Park and the adjacent community by providing all residents a place to gather and enjoy high quality arts experiences. See the full lineup, featuring Incendio, Alex Boyé, Taylor Hicks and more. 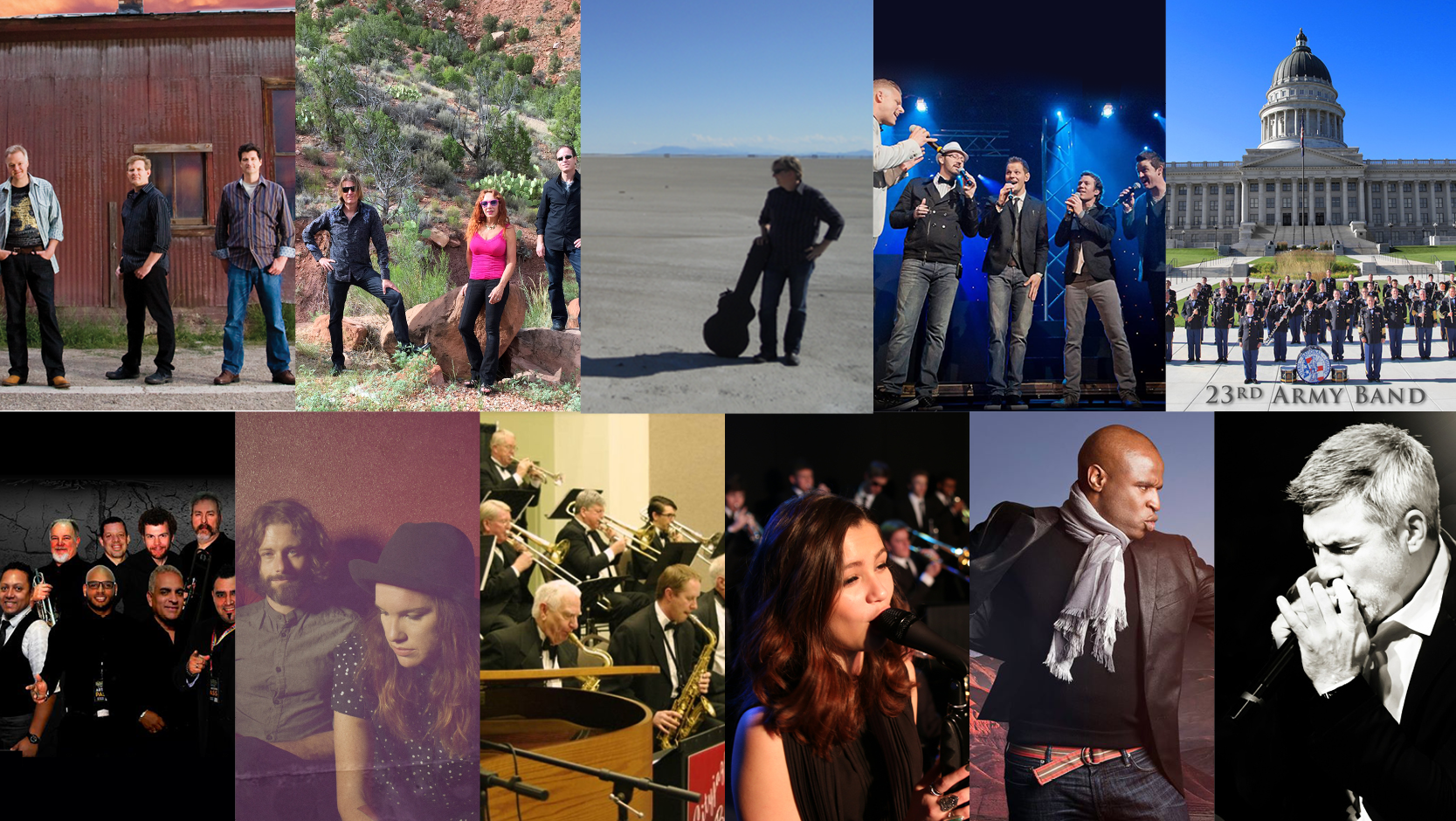 Sit back and relax to the sounds and storytelling lyrics of this country gospel group who kick off the Levitt AMP Midvale summer concert series.

This Austin-based guitarist enchants with fingerstyle folk guitar music from all over the world as well as his own compositions.

Sing along with this a cappella group whose music videos featuring vocals-only arrangements of hit songs on Youtube have been viewed by hundreds of thousands of people.

The 23rd Army Band has a rich and wonderful history as an internationally reknown Military Band of the highest caliber.

This eclectic mix of musicians from around the world will bring you a new sound and a new way of experiencing Latin culture.

Edison is an alt/folk trio hailing from Colorado that strives to bring beauty to their audiences through layered harmonies, tribal drumming and mandolin.

The City Jazz Big Band, Utah's own fabulous jazz orchestra, is made up of music educators and professional musicians who perform original compositions along with the standards we all know and love.

The award-winning Crescent Super Band has frequently been hailed as one of the best professional bands in the world to be comprised entirely of young musicians.

Embracing his rich heritage after years of successful recordings as a gospel artist, the charismatic, London born, U.S.-based vocal powerhouse is having a breakthrough year as a mainstream pop artist, bringing audiences "pop music with a twist."

With opening act The Five Strings at 6:30pm.

Southern soul, R & B, country and blues singer Taylor Hicks is one of the most beloved and popular American Idol winners of all time.