Starting June 4 with rock and blues trio Alvin Youngblood Hart's Muscle Theory, the Levitt AMP New Albany Music Series will present 10 weeks of free, live music in The Park Along the River—giving residents of all ages and backgrounds a reason to gather in this recently renovated green space adjacent to the city’s downtown area. See the full lineup, featuring Marcella & Her Lovers, the Cedric Burnside Project, Sam Mosley and more. 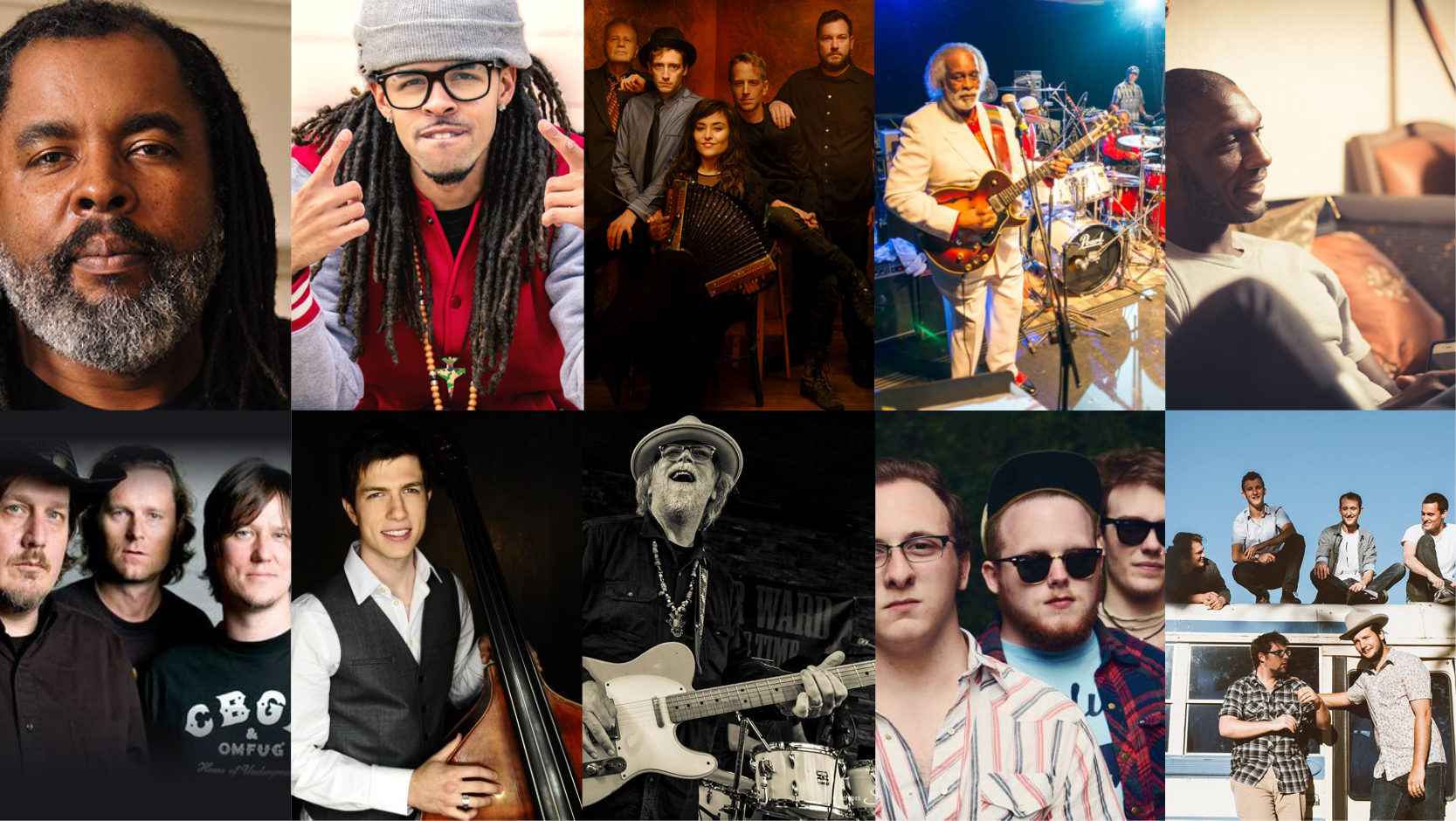 This rockin' trio will kick off the Levitt AMP New Albany Music Series with an explosion of roots rock and blues.

New Orleans hip-hop artist Dee-1 returns to the Levitt AMP Music Series to inspire audiences with his lively and motivational rhymes once more.

The Levitt AMP Music Series will once again be graced by the soulful daughter of two-time GRAMMY-winning Terrance Simien and her gritty indy band, Marcella & Her Lovers.

This GRAMMY-nominated blues and southern soul outfit hailing from New Albany will have audiences moving, grooving and full of community pride.

These southern rockers offer a mix of hard rock, southern-style boogie and a heap of punk attitude.

Experience the soulful crooning and improvisational bass playing of this emerging talent who has already shared stages with some of modern music's greatest artists—including Alison Krauss, Peter Frampton, Emmylou Harris and many others.

With music that knows no boundaries, this Jackson, Miss.-based alternative country band creates an organic, fun and raucous experience for their audience.