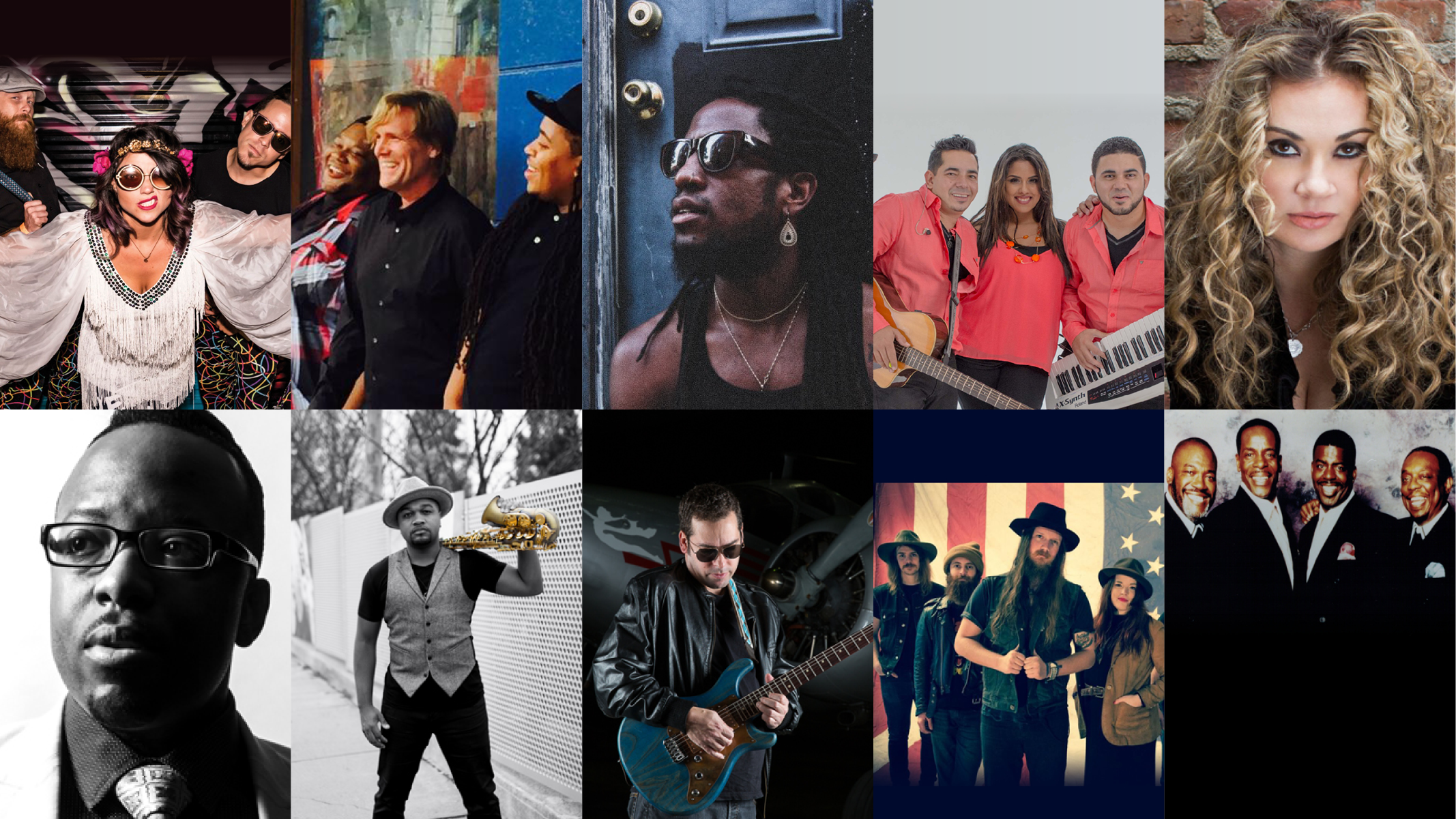 This sassy, funky ska and soul outfit from Orlando led by kazoo-wielding songstress Beebs has toured with the likes of Willie Nelson and Cypress Hill.

If you’re looking for some soulful grooves, look no further than the aptly named Destin-based collective Boukou Groove, who shared the stage with Bonnie Raitt and The Neville Brothers.

This Orlando-based alt-rock soul singer thrills audiences with his soulful style that blends elements of Motown and the Muscle Shoals traditions with indie rock.

These Latin pop purveyors provide something for everyone, performing high-energy covers in multiple languages as well as their own lively originals.

Audiences are in for a wild ride with this magnetic, powerhouse blues-rock singer who starred in the off-Broadway musical “Love, Janis” and the film “Across the Universe.”

This accomplished retro soul singer is also an incredible tap dancer and performer who has shared the stage with Robin Thicke and Pentatonix.

As a member of Prince and CeeLo Green’s bands and a renowned solo artist, this multitalented saxophonist has thrilled audiences worldwide.

This blues man’s tremendous talents shone through at a very young age, and after touring the world with Buddy Guy, he became a renowned blues artist in his own right.

This six-piece Southern rock outfit combines banjo and pedal steel guitar with male-female vocals and a modern twist on classic rock and country.

One of Philadelphia’s most popular soul bands that boasts hits including “If You Don’t Know Me By Now,” they carried on after the death of their band leader, introducing their timeless music to a new generation.