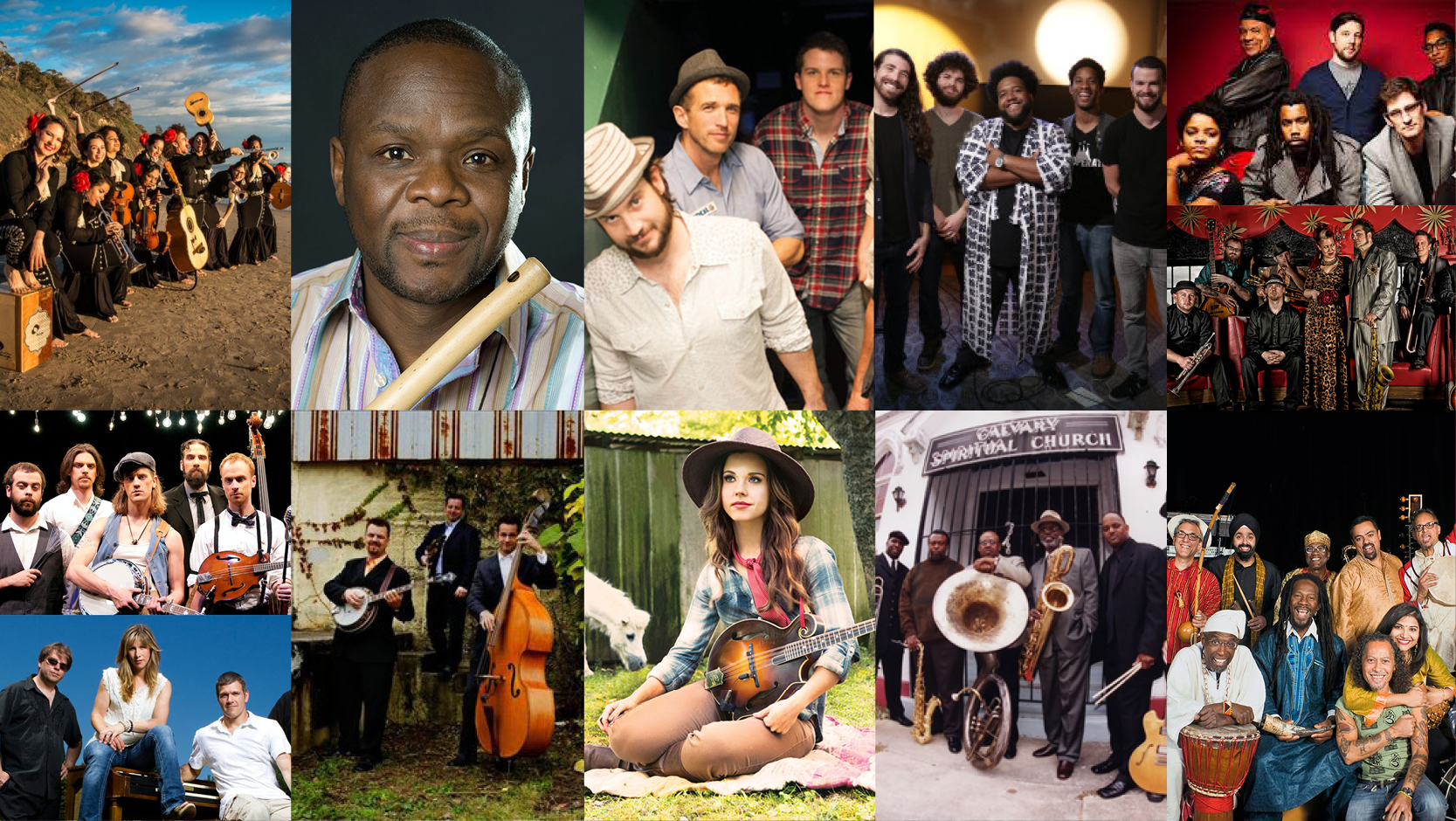 Born and raised in Uganda, Samite is a world renowned musician, humanitarian, and photographer who travels the globe with a message of peace and hope through the healing power of music.

With opening act Ragbirds at 6PM.

With opening act The Wild Reeds at 6PM.

Day 1: Midsummer Festival of the Arts

With opening act The Plutoniates at 10AM.

Day 2: Midsummer Festival of the Arts

The Midsummer Festival of the Arts continues with the Hollows—a free-wheeling, roots-rock ensemble of multi-instrumentalists (11AM)—and Copper Box—a younger, more bluesy and jazzy version of the Texas Tornados (2PM).

With opening act áthas at 10AM.

Listen in as sons of bluegrass legend Del McCoury, Ronnie McCoury on mandolin and Rob McCoury on banjo continue their father’s work—a lifelong dedication to the power of bluegrass music to bring joy into people’s lives.

Nashville singer/songwriter Sierra Hull amazes audiences with her prowess on the mandolin.

With opening act Andi and Alex at 6PM.

Whether seen on HBO’s Treme or at their legendary Tuesday night gig at The Maple Leaf, GRAMMY-winning Rebirth Brass Band is a true New Orleans institution.

With opening act Tim Grimm (of the A Walk in the Woods soundtrack) at 6PM.

The six-time winner of the Chicago Music Awards, this bhangra/Bollywood/Indian folk band is capturing the attention of the nation and the world.