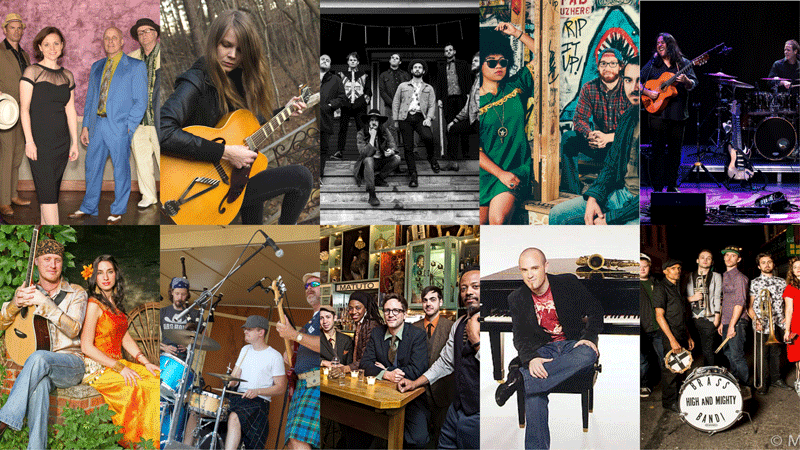 This alt-country band with a sneer, a bite, and no apologies recently released its debut album on Bloodshot Records to much critical acclaim.

This Brooklyn-based garage rock outfit’s raucous live shows have garnered them fans and loyal devotees across the country.

This Lousiana-based funk rock band has graced international stages and wowed audiences at SXSW with its positively electric live performances.

These acclaimed world guitar purveyors incorporate international influences and have wowed audiences around the world with their explosive live performances.

This neo-folk/world-rock ensemble weaves a seamless tapestry of sound that renders tears and laughter while it delights and inspires.

This American Celtic-rock band incorporates traditional Scottish bagpipes into its high-energy rock music and is known for its raucous live performances.

This New York-based outfit skillfully combines Brazilian music with bluegrass – an unlikely combination on paper that works perfectly on the dance floor.

The High and Mighty Brass Band

This fiercely entertaining brass band has shared the stage with Trombone Shorty and Galactic, and has carved a niche for itself in the highly competitive NYC music scene.

With opening act The NEKtones.