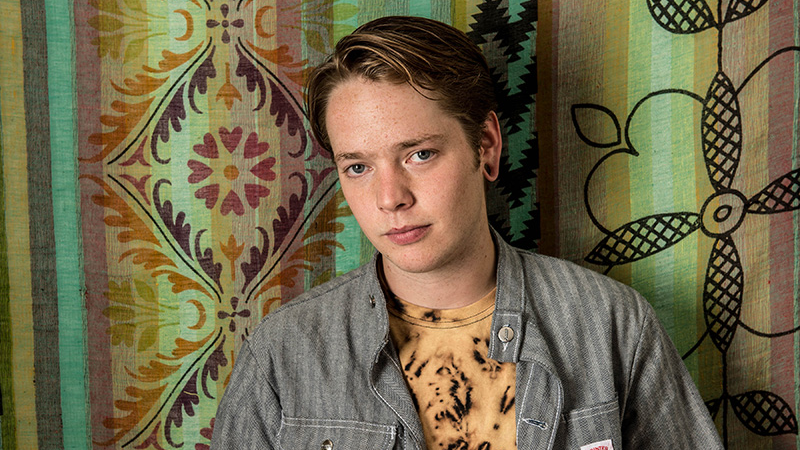 Whether sharing stages with acoustic music royalty, crisscrossing the nation playing as a solo artist or performing high-energy, jaw-dropping sets at festivals, the reaction to Billy Strings tends to come in two varieties: “Who is this guy?” and “That kid can play!”

Raised in Michigan and based in Nashville, Strings, whose real name is William Apostol, learned music from his father, who had learned it from his father, and his father before him. Maybe that’s why at 24, Strings’ songs, his articulation, and his entire approach sound so authentic and steeped in tradition.

Strings’ profile as a guitarist and singer in the acoustic/bluegrass scene continues to grow. He has played on stage with Del McCoury, David Grisman, Larry Keel, Sam Bush, Greensky Bluegrass, The Infamous Stringdusters, Leftover Salmon and more. He’s landed coveted slots at festivals like Pickathon, Merlefest, DelFest, High Sierra Music Festival, and Grey Fox to name a few and shared bills with popular touring acts Greensky Bluegrass, The Infamous Stringdusters, Yonder Mountain Stringband, Leftover Salmon, Cabinet and more. He won IBMA 2016 Momentum Awards Instrumentalist of the Year for guitar, banjo and mandolin, and was voted #1 in Bluegrass Situation’s Top 16 of ’16.