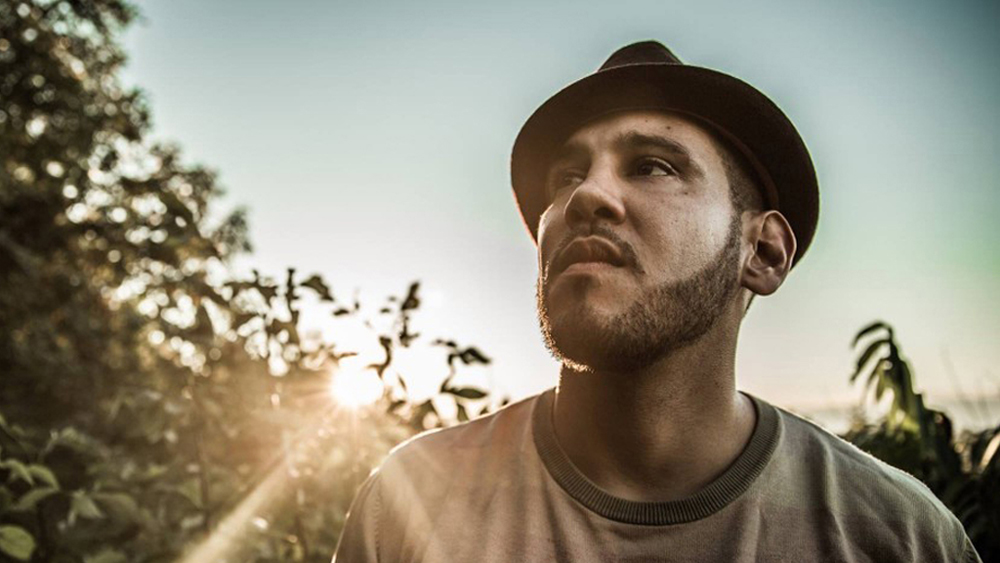 Genre-bending emcee Boogát bridges the gap between hip-hop beats, dance-worthy synthesizers and Latin-American musical styles in electrifying performances that bring audiences to their feet. The Montreal-native musician incorporates an eclectic mix of influences from styles across Latin American styles, ranging from cumbia, to salsa, and to reggaeton. The traditional sounds of  rhythmic accordions, joyous trombones and dynamic percussion are infused with the modern flare of electronic beats and catchy hooks, creating a sound that’s uniquely his own. The son of immigrant parents from Mexico and Paraguay, Boogát began his career in 2001, first singing in French but soon transitioning to Spanish after playing with the electronic music producer Poirier and the Latin music group Roberto Lopez Project. Boogát is noted by critics and fans for his vibrant live-shows and ability to create a connect with his audiences, fostering a sense of community through his smooth and colorful music that gets concertgoers dancing.

Boogát has performed at major international festivals such as Montreal Jazz Fest and Toronto Small World Music Festival in Canada and Sonar Festival in Spain, in addition to performances across the U.S., Mexico, Germany, the Netherlands and France, among others. His 2013 debut full-length Spanish album El Dorado Sunset won two Félix Awards for ”Best World Music Album” and ”Producer of the Year” at the prominent Canadian recording awards gala for the Association du disque, de l'industrie du spectacle Québécois (ADISQ). His follow-up 2015 album, Neo-Reconquista, was honored with the Juno and Félix Aaward for ”World Music Album of the Year” at the  Juno Awards and the ADISQ gala, respectively. Boogát’s latest album, San Cristóbal Baile Inn, was released in 2017 to critical acclaim and includes collaborations with Andrés Oddone, Frikstailers, Miss Bolivia, Niña Dioz and Lemon Bucket Orchestra.