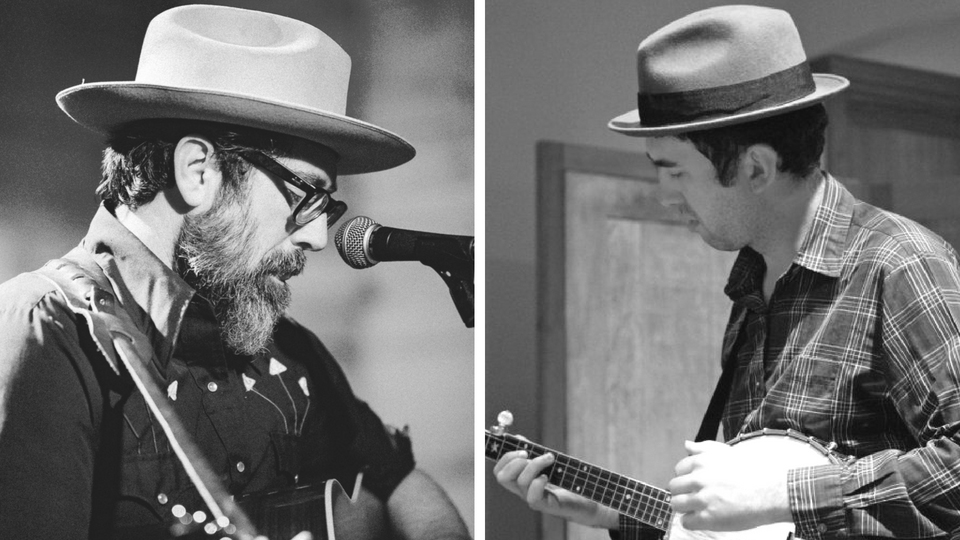 Folk masters Brett Ratliff and John Haywood team up for a night of fiery bluegrass and Americana goodness, drawing upon East Kentucky’s rich music traditions to speak to a new generation.

Called “the best banjo balladeer in the eastern Kentucky style of old-time music” by Dom Flemons, co-founder of the GRAMMY-Award winning Carolina Chocolate Drops, multi-instrumentalist Brett Ratliff delivers an unforgettable performance filled to the brim with East Kentucky pride. He grew up in Van Lear, Ky., the same historical coal camp that gave birth to country-icon and coal-miner’s-daughter Loretta Lynn. In his youth, Ratcliff was mentored by regional roots masters—including George Gibson, Rich Kirby, Paul David Smith, Lee Sexton and Jamie Wells—who helped him hone his craft while solidifying his love for the banjo and introducing him to the stories of Appalachia that pervade his work today. Ratcliff has toured extensively with groups such as the Clack Mountain String Band, the Dirk Powell Band, and Rich & the Po’ Folk, in addition to his solo performances following the release of Cold Icy Mountain in 2008 and Gone Boy in 2017. He has also taught at numerous workshops and music camps including the Cowan Creek Mountain Music School in Ky., Swannanoa Gathering in N.C., Augusta Heritage’s Early Country Music Week in W. Va., Sore Fingers Week in Oxfordshire, England and the Festival of American Fiddle Tunes in Port Townsend, Wash.

Award-winning banjoist and artist John Haywood grew up immersed in the soulful music of the Old Regular Baptist Church in Floyd County, Ky. His father surveyed land for mining companies and sang in the gospel choir at the church, where Haywood would listen intently as his papaw sang traditional, unaccompanied songs of Zion. After receiving his Masters in Painting at the University of Louisville, Haywood was named a Kentucky Folklife apprentice to George Gibson, a banjo player from Knott County and this year’s master in residence at the Cowan Creek Mountain School in Kentucky. Today, Haywood performs with Rich & the Po’ Folk and can be heard on their 2011 recording When the Whistle Blew, and teaches advanced banjo at the Cowan Creek Mountain School. In addition to his prowess on the banjo, Haywood is also a visual artist whose work represents the history and music of East Kentucky.