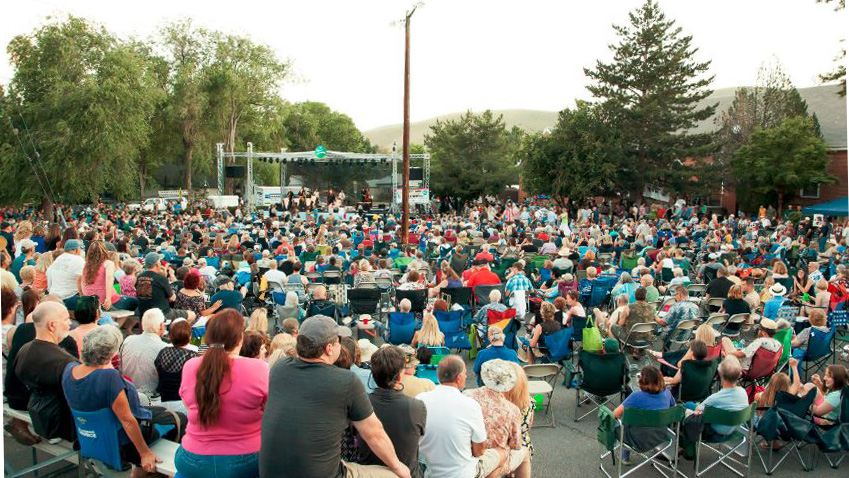 Presented by the Brewery Arts Center, a nonprofit organization that enriches quality of life by cultivating arts and culture for all.

Named one of Paste Magazine and Daytrotter’s “Top 10 R&B/Soul Artists of 2017,” Remember Jones is an inimitable soul and pop vocalist, bandleader and storyteller, bursting with charisma and talent that leaves audiences spellbound.

Dubbed ‘the West Coast’s hottest Brazilian band’ by promoters, journalists and fans, SambaDá sonically unites the Americas with an amalgamation of musical styles and genres from across the continents delivered with a soulful fervor that gets audiences dancing.

Perhaps best known for her title role in the 1982 film Annie, two-time Golden Globe-nominated Aileen Quinn is on a mission to carry 1940s and 1950s rockabilly into the 21st century with her honey crisp voice, raucous vintage rock ‘n’ roll sound and the support of her lively band the Leapin’ Lizards.

Genre-defying powerhouse group The Urban Renewal Project is blurring the lines between soul, jazz and hip-hop with a dynamic singer, a soulful rapper and a vivacious 1910’s style big band performing a combination of upbeat originals and fresh interpretations of everything from jazz standards to today’s hit tunes.

With opening act Giants of Zen.