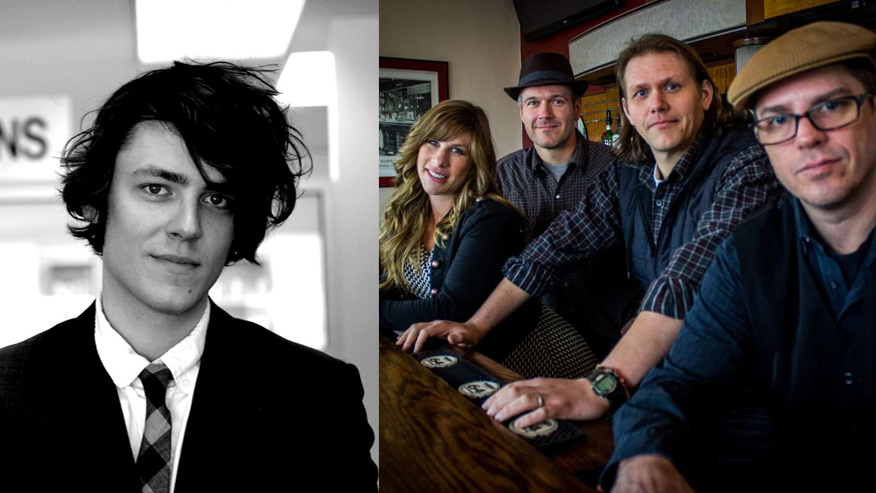 Copper Box is a story of two kids who met each other when performing with their families on stages across northcentral Wisconsin. Danny Jerabek (accordion, keys, percussion, vocals, cornet, sousaphone, etc.) and his wife, Michelle (Thull) Jerabek (bari saxophone, vocals, guitar, percussion, washboard, etc.) crossed paths again in their teens and eventually realized they were meant to be together. They started writing songs, formed a band, and the rest is history! The current lineup includes the highly regarded talents of Dan Cable (drums, percussion) and Dave Chyla (bass, guitar).

It was only natural that when they first got together, Michelle and Danny started a polka band. For about four years, they performed at polka festivals all over the U.S. As time passed, they started writing original material that included influences of zydeco, Cajun, Tex-Mex, and Tejano, combined with the sounds of artists like John Fogerty, Bonnie Raitt, and Doug Sahm. They also found inspiration in the music of accordionist Steve “Esteban” Jordan.

Trapper Schoepp & The Shades is an American rock band from Milwaukee, Wisconsin.

The band released its debut album, Run, Engine, Run, in 2012 and commenced touring alongside The Wallflowers, Old 97's, The Jayhawks, Soul Asylum, Tommy Stinson, Social Distortion, Reverend Peyton's Big Damn Band, Frank Turner, Cory Chisel, and the Wandering Sons. That LP earned notices in Rolling Stone, American Songwriter and Paste. The folks at Huffington Post called Schoepp a “master storyteller” and PBS hailed his “story songs that explore and explode the conventions of rock and roll.” A Minnesota-born, Wisconsin-based tunesmith and teller of tales (both tall and true), Schoepp released his second album, Rangers & Valentines, in 2016 on Xtra Mile Recordings.

Schoepp shines up the well-worn clichés of singers/songwriters and renders them anew. Evoking a series of vivid protagonists and settings, his work recalls John Prine, Randy Newman, the boozy bonhomie of The Replacements, and the unflinching language of someone well versed in the Zevonian dialect.