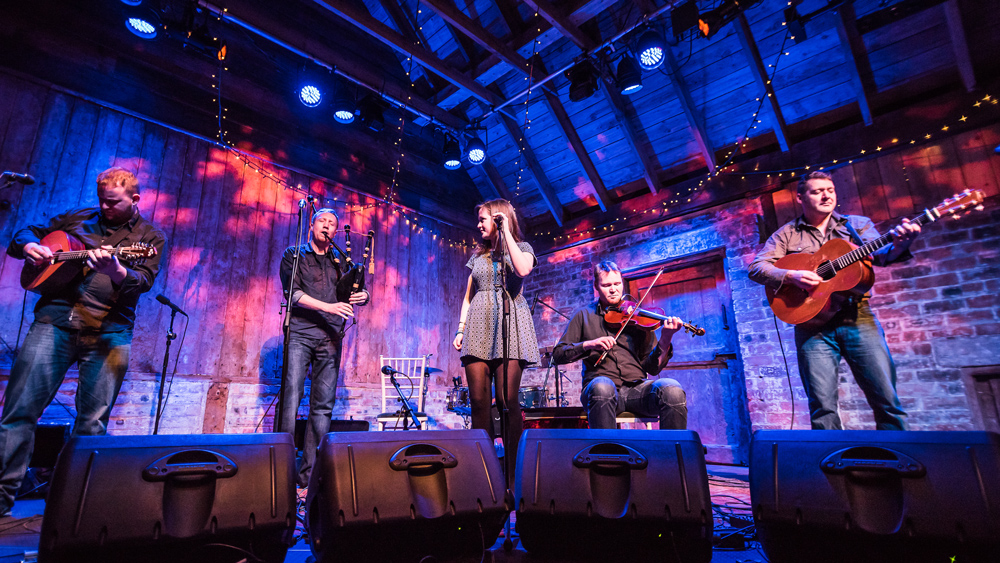 From fiery danceable jigs to lilting poignant ballads, Dàimh has garnered a fervid following with authentic time-honored Gaelic music rendered with a modern edge and stunning musical acumen. Pronounced “dive,” Dáimh takes their name from the Scottish Gaelic word for ‘kinship’ and they use lyrical fiddles, bright pipes, rhythmic mandolin and accordion under frontwoman Ellen Macdonald’s soaring gossamer vocals sung in Gaelic to create a visceral connection with their audiences. The five-piece band hails from across North America and the U.K. but they’re now based in Lochabar in the Highlands and Islands of Scotland; an area equally renowned for its pastoral beauty and rich cultural heritage. A favorite at folk festivals across the U.K. and Europe, Dáimh’s joyous live shows keep concertgoers coming back for more.

In 2014, Dáimh was awarded the “Eiserner Eversteiner” European Folk Music Award in the 23nd German Folkherbst competition followed by a win for “Folk Band of the Year” in the Scots Trad Music Awards in 2015. Building upon their momentum, in 2016 the group earned nominations for “Album of the Year,” for their LP The Hebridean Sessions, and “Gaelic Singer of the Year” for Macdonald. Their 2014 performance at Pacific Quay beside the BBC building in Glasgow, Scotland was broadcasted on the BBC Alba. They’ve received coverage from outlets like Bright Young Folk, FolkWorld and Sunday Herald. In addition to her 2016 nomination at the Scots Trad Music Awards, Macdonald’s acting skills have earned her a nomination for ‘Best Performance’ at the FilmG awards for her role in a Gaelic short film Briste and landed her a key role in the BBC's new Gaelic drama Bannan. Dáimh’s latest album, The Rough Bounds, was released in May 2018 to enthusiastic reception. 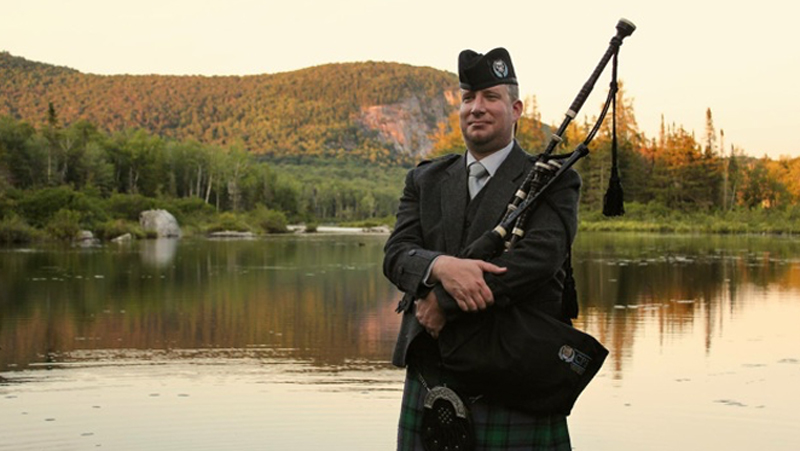 Award-winning piper Iain MacHarg’s technical acuity and impassioned performances breathe new life into time-honored pipes music. The son of one of the premier bagpipe builders in the world, MacHarg’s professional career began in 2001 after earning the title of Eastern United States Pipe Band Association (EUSPBA) Grade One Season Champion. In 2008, he went on to win four out of nine categories in the EUSPBA composing contest. After earning his Master of Education degree at the University of Vermont, MacHarg founded the Vermont Institute of Celtic Arts to impart his skills on a new generation of pipers. In addition to competing as a solo piper, Iain has founded three Highland Pipe Bands in Vermont (Catamount Grade 3 & 4, the Green Mountain Highlanders) and has played with several folk groups.