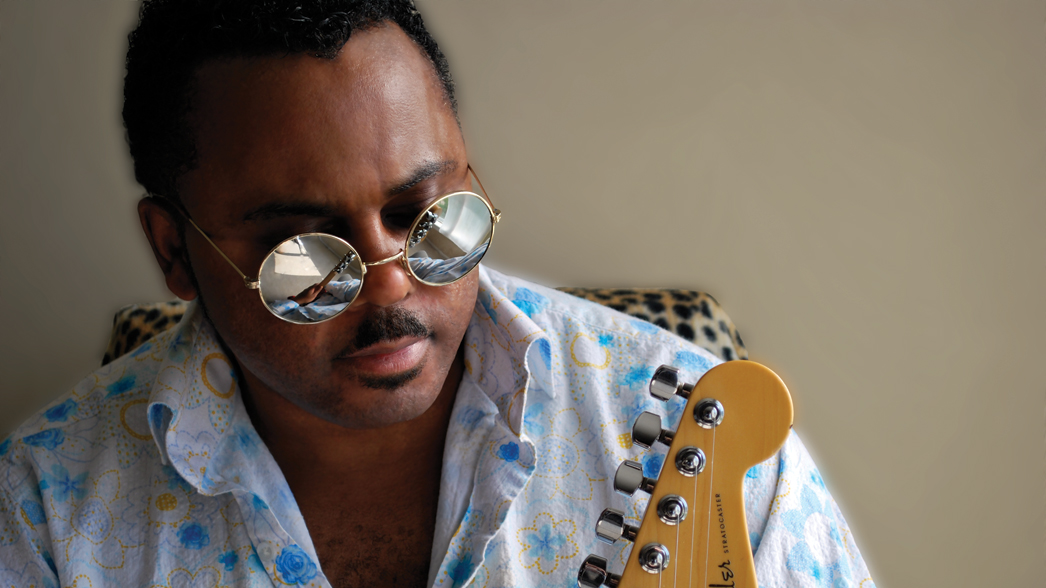 As the youngest of 11 children from parents born and raised in rural Mississippi, David Gerald has the blues running through his veins. Raised in Detroit, Gerald started playing guitar at the age of 15, piecing together “Frankenstein guitars” from scraps his guitarist neighbor would give him. Influenced by everyone from Prince to B.B. King and Stevie Ray Vaughan, Gerald cut his teeth playing in many local blues, R&B and rock bands before finding his calling as a blues singer and guitarist.

Now in his 40s, Gerald performs nationally with his own band, hitting festivals including the Riverdays Festival and the Springing the Blues Festival. His music receives widespread radio play, and he recently hit #1 on the ReverbNation chart for Michigan Blues artists.