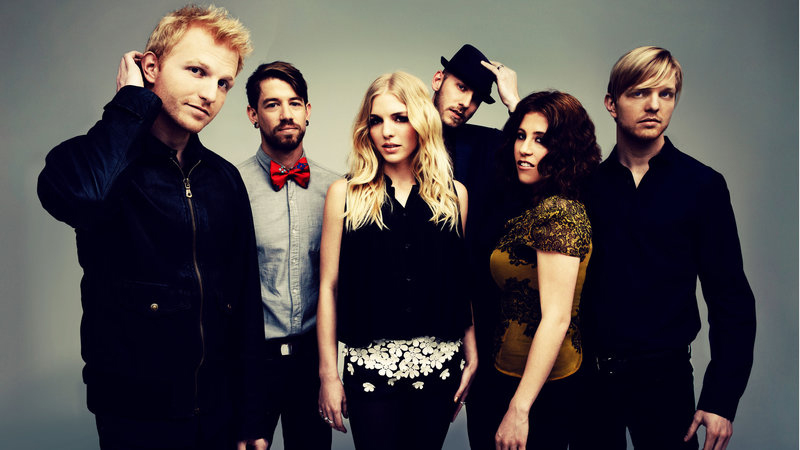 Formed in 2009 as a four-piece around the talents of siblings Ian, Eric and Brittany Hölljes, along with Elizabeth Hopkins, North Carolina-based Delta Rae expanded to a sextet the following year with the additions of Mike McKee and Grant Emerson. It was a fitting strategy for the lavish, arena-filling sound of the band—skillfully juggling gospel-tinged country rock, blue-eyed soul and harmony-laden Americana for a radio-ready sound akin to Mumford and Sons and Adele. Carry the Fire, their major-label debut, arrived in 2012, reaching No. 11 on the U.S. Heatseekers chart and No. 13 on the folk chart. Levitt audiences around the country will be familiar with Delta Rae’s instantly memorable sound, thanks to their past performances at Levitt Pavilion Arlington (2012, 2016, 2018), Levitt Shell Memphis (2016) and Levitt Pavilion Westport (2012).

Delta Rae released their second album, After It All, in the spring of 2015. In 2017, the band released an EP, A Long and Happy Life, which featured the hit single of the same name. Headlining over 100 shows each year and a regular on the festival circuit since forming in 2009, Delta Rae’s larger-than-life performances have earned coveted spots at Bonnaroo, Tortuga Music Festival, Austin City Limits, Hangout Fest, VOODOO and Lollapalooza. NPR said that the band has a “romantic, southern mythos” with “open emotionalism, sugary, red-blooded harmonies, anthemic hooks and a propulsive, guitar-driven attack.” With more national attention thanks to The Washington Post and the The New York Times, a plethora of late night performances and inclusion in Forbes' "30 Under 30" list in 2016, Delta Rae has become one of the country’s premier country, pop and folk bands.