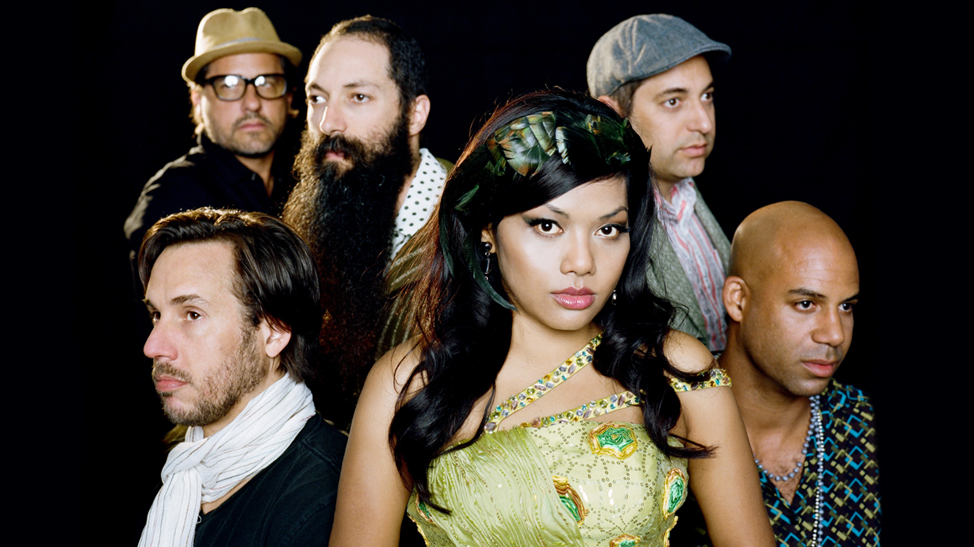 Blending vintage Cambodian pop with American indie rock, Dengue Fever is breaking cultural barriers and getting concertgoers dancing across the world. With a strong foundation in rock ‘n’ roll instrumentation, Dengue Fever renders propulsive basslines highlighted with shimmering guitar riffs and brazen saxophone sections under English and Khmer lyrics. The Los Angeles-based band released its self-titled debut album in 2003 to overwhelming acclaim and they’ve been on a roll ever since. Dengue Fever has amassed a loyal following through a string of hit albums, and their electrifying live shows, including a 2007 performance at Levitt Pavilion Los Angeles.

Dengue Fever has performed in front of thousands of fans at such high-profile festivals as the international WOMAD and WOMEX festivals, Glastonbury Festival in Somerset, England, Roskilde Festival in Roskilde, Denmark and Treasure Island Music Festival on Treasure Island, California. Their rising prominence has earned them profiles in publications like The New York Times, Los Angeles Times, NPR’s “Fresh Air,” KCRW’s “Morning Becomes Eclectic” and Wired Magazine, among many more. Dengue Fever’s music has been featured in The Hangover 2, Showtime’s “Weeds” and HBO’s “True Blood”– who named an entire episode after one of their songs in addition to featuring their music.