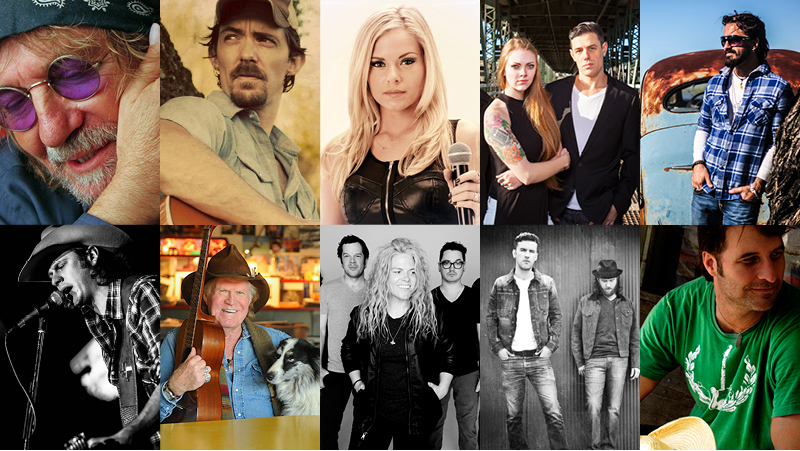 Best known for perennial anthem "Up Against the Wall, Redneck Mother," Ray Wylie Hubbard has built a loyal following for his rebellious style of Texas country.

An anomaly in today's country music, Zane Williams is a modern-day "throwback" who is equal parts bar room entertainer and introspective poet.

Lance Lopez, one of the finest blues guitar players on the planet, teams up with talented vocalist Kayla Reeves for a night of sensational blues.

Multi-instrumentalist Nick Schnebelen and his band bring their blend of blues, roots and Americana to Heritage Park.

Cody Canada and the Departed

Former Cross Canadian Ragweed frontman Cody Canada and his new band The Departed mix country and rock with raw energy sure to make you dance.

A major regional draw, the Chase Sanford Band is a favorite in Texas and Oklahoma for their southern rock and Texas country sound.

Somebody's Darling are anything but sleepy with their bluesy rock 'n' roll tunes, tough vocals and wicked guitar riffs.