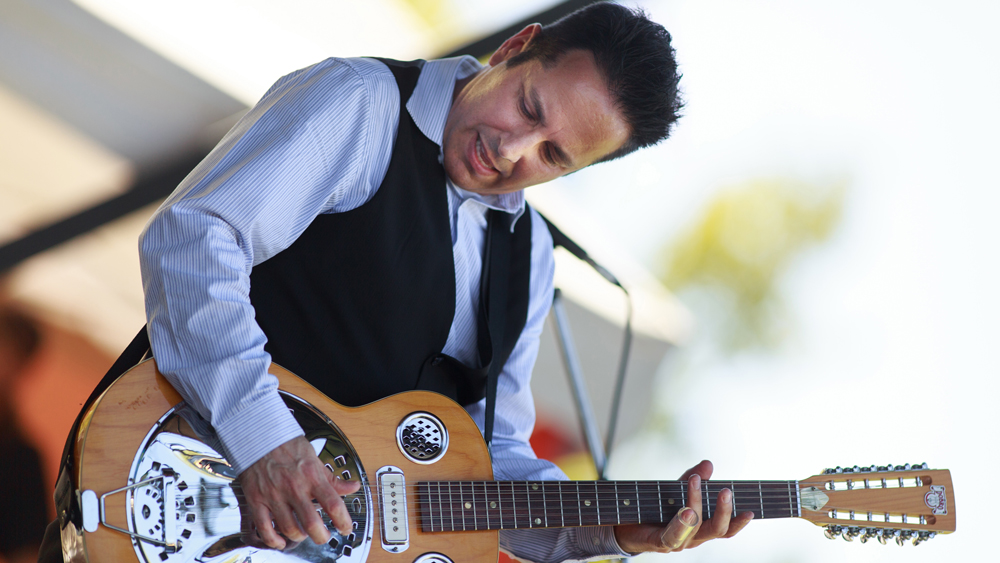 Johnson’s career has taken him to such prominent stages as The Fillmore in San Francisco, McMenamins White Eagle in Portland, Ore., and Live from the Divide in Bozeman, Mont. as well as festivals including the San Francisco Folk Festival, the Francis Ford Coppola Concert Series and the Sausalito Jazz & Blues Festival by the Bay in California. Said to be “in the pantheon of outstanding purveyors of the slide guitar tradition” by Blues Blast Magazine, the bluesman has received coverage from such prominent music outlets as Living Blues Magazine, Hot Wax Magazine and Blues in Britain Magazine. Dennis Johnson and the Mississippi Ramblers’ 2014 sophomore album Slide Avenue featured two #1 Songs on the Billboard’s UK Roots Music Reports Chart with “The Wind is Howlin’” and “Back on My Feet” and “Swingin’ at the Savoy” reached #6 on the US Roots Music Charts. The album peaked at #2 on the UK Roots Music Reports Chart and was named one of the “Top 10 Albums of 2014” by Folk Roots Radio. Their latest album, Rhythmland released 2017, was met with widespread critical acclaim, with Blues Blast Magazine writing “No museum piece…the band’s creativity breathes life into the music. You need this music.”

Brought to you by Audrey Markowitz and Tom Forehand