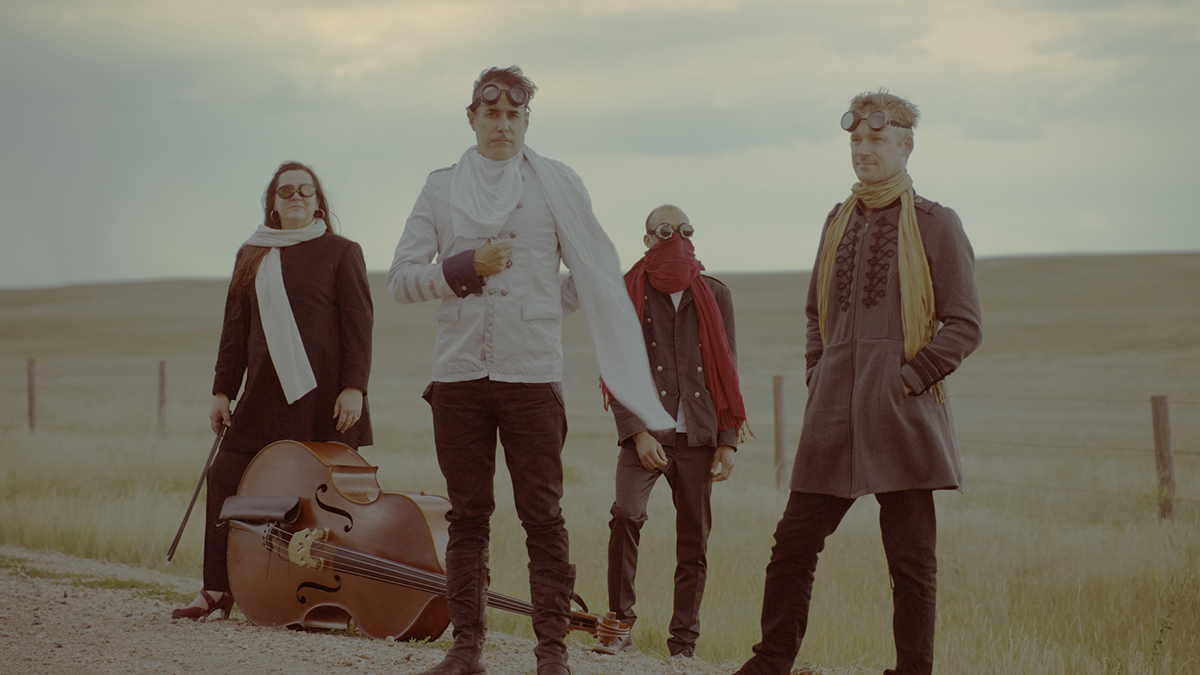 GRAMMY-nominated gypsy indie rock quartet Devotchka enthralls crowds with its grand, gorgeous songs that incorporate influences as varied as cabaret, norteño, punk and Eastern European dance music. Guitar, trumpet, sousaphone, violin, accordion and bass all contribute to Devotchka’s lush, layered sound. Named after the Russian word for girl (“devochka”), Devotchka had an unlikely start as a backing band for local burlesque shows in the Denver area. Following the release of debut album SuperMelodrama in 2000, Devotchka found success in the indie rock world, capitalizing on its global flavor and touring with bands such as Calexico and Flogging Molly. Mainstream exposure came when Devotchka composed most of the music for the Oscar-nominated film Little Miss Sunshine, earning a GRAMMY nomination for “Best Compilation Soundtrack” in 2007. Live in concert, Devotchka is especially intense, creating a hypnotic mood with their sweeping melodies and brooding lyrics.

Devotchka’s 2006 performance at the Bonnaroo Music Festival in Tennessee helped build their following.The band played with Muse in France in 2010, performing for a crowd of more than 80,000 people. Devotchka has also gained more exposure though its songs appearing in  the movie trailer for Everything is Illuminated and the TV shows Everwood and Weeds.