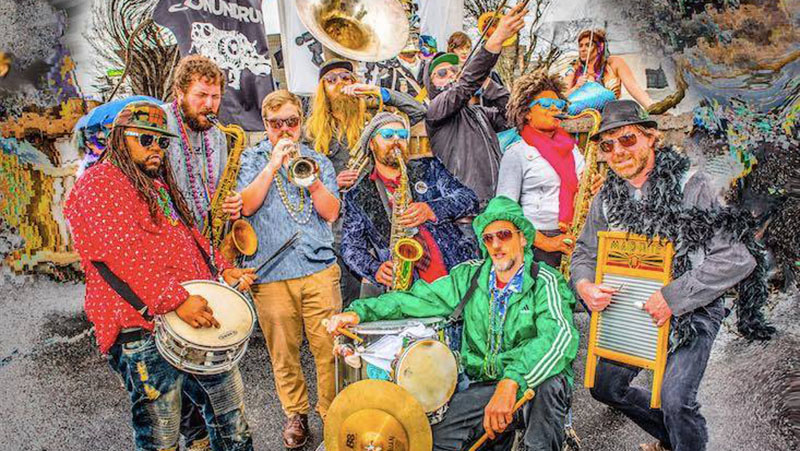 The band released its debut album, "Theme For A Celebration" in 2017 and it was tapped as one of the top 100 album releases in 2017 by WNCW 88.7 radio. Since their conception, ESB has been a consistent fixture at various festivals throughout the east coast. They've shared the stage with the likes of Warren Haynes of the Allman Brothers Band, Dr. John, Galactic and many others, headlined the South Carolina Jazz and Heritage Festival four years in a row celebrating the life of Dizzy Gillespie in his hometown of Cheraw, S.C. ESB horn players JP Furnas, Paul Juhl and Alex Bradley are also featured on the live album compilation from world-renowned artists Beats Antique entitled "Creature Carnival" released in 2015. The band is known to regularly parade off stage into the audience leading a the crowd in a raucous procession around the venue before, during or after their set—this is one high-octane performance you don’t want to miss!