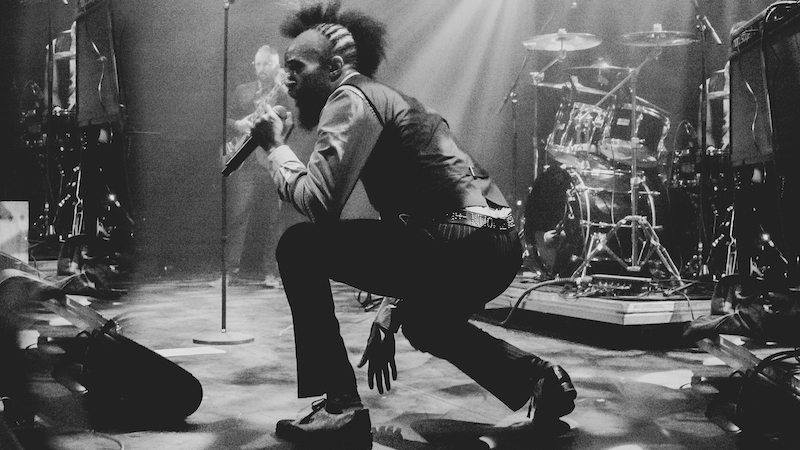 GRAMMY Award-winning blues artist Fantastic Negrito pours the pain and hope of his incredible life into incendiary songs that seize audiences with their raw, gritty power. Born into an orthodox Muslim family in Massachusetts, Negrito grew up listening to the traditional African music his Somali-Caribbean father played. When his family moved to Oakland, Calif., Negrito struggled to stay out of trouble and taught himself to play every instrument he could. He moved to Hollywood with a demo, quickly signing a million-dollar record deal that ended up a failure, destroying his confidence. In 1999, he suffered a near-fatal car accident that left him in a coma for a month. Even after months of physical therapy, he suffered permanent damage to his playing hand and returned home to Oakland in 2008. Only after his son was born years later did Negrito experience a revival of his passion for music. Inspired by old blues musicians of the Delta, he decided to make what he has described as “black roots music for everyone” and took to busy street corners and BART stations in Oakland with his songs, trying to reach people with his music and his message.

In 2015, he was chosen from 7000 entries as the winner of NPR’s Tiny Desk Concert Contest. Since then, he has toured the world, playing with artists ranging from Chris Cornell to Solange to Sturgill Simpson and further refining his musical style to create an utterly unique sound full of sass and honesty, with shadings of punk, hip-hop, Middle Eastern music and Prince. Negrito has won two GRAMMY Awards for “Best Contemporary Blues Album,” one in 2017 for The Last Days of Oakland and one in 2019 for Please Don’t Be Dead.