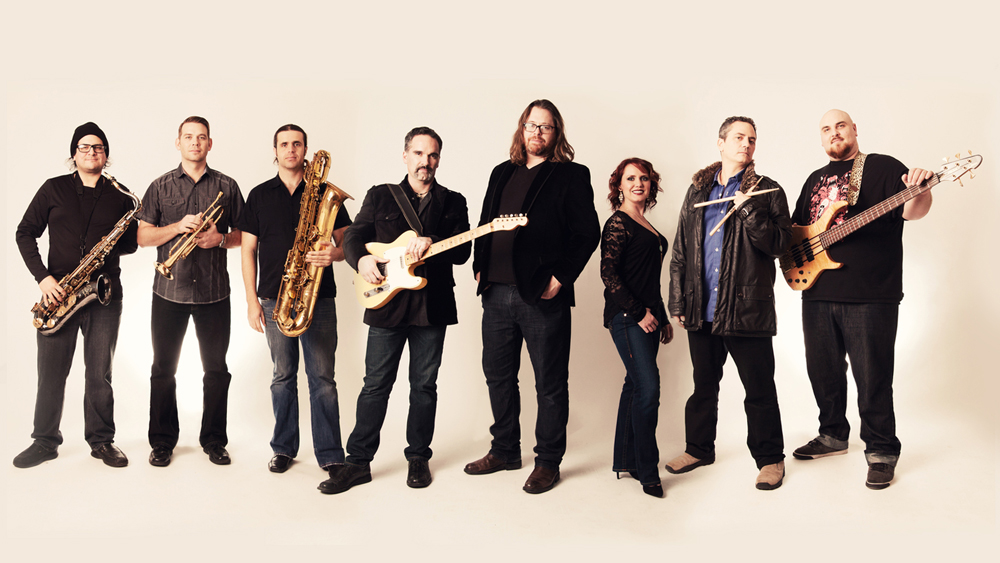 GRAMMY-nominated groovers Frobeck seamlessly fuse funk-drenched rhythms, soul-inspired melodies and rock ‘n’ roll sensibilities wrapped in thick, juicy vocal harmonies for a high-octane performance that will get your blood pumping and your feet dancing. With an earth-shaking horn section, vibrant organs and a truly groovy rhythm section, Frobeck’s raw songwriting and prodigious musicianship have earned the group a fervent following and launched them to the forefront of the northern California music scene. Founded in 2005 in the northern bay area of California, the band draws inspiration from artists like Tower of Power, Stevie Wonder and Sons of Champlin for their brass-heavy funkadelic tunes under frontman Spencer Burrow’s powerful vocals. With explosive live shows and out of this world talent, Frobeck is a crowd favorite that keeps audiences coming back for more.

Frobeck has shared the stage with prominent acts like Trombone Shorty, The New Mastersounds and Los Lonely Boys as well as past fellow Levitt performer Dumpstaphunk (Levitt AMP Santa Fe Music Series, 2017) and Papa Grows Funk (Levitt Shell Memphis, 2011). With a GRAMMY-nomination under their belt, the group has been awarded two NorBay music awards for “Best Rock Group” (2008, 2015) and won first place at the 2008 Mystic Theater Battle of the Bands in Petaluma, Calif. They’ve received praise from icons like Emilio Castillo (Tower of Power), Bob Brown (Huey Lewis and the News) and Jerry Pompili (Bill Graham Presents) and Bill Champlin (Sons of Champlin, Chicago) said “This is about the best band I’ve heard in I don’t know.... Spencer is one of the best singers I’ve ever heard...ever.” Frobeck has also received coverage from outlets including The Bohemian, Marin Independent Journal and Nevada Appeal. Their latest album, Sea of Change, was released in 2015 to glowing praise.