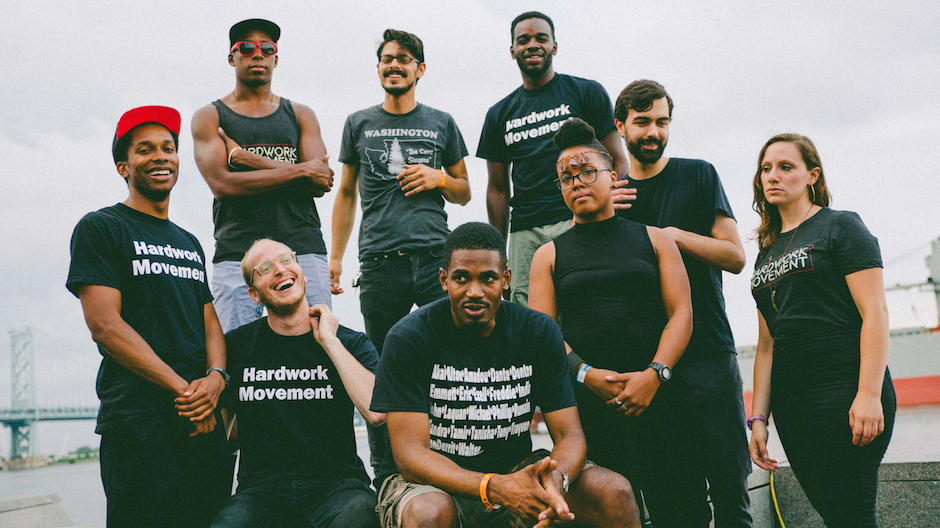 Philadelphia hip-hop contingent Hardwork Movement adeptly combine soul and hip-hop with complex instrumentation and positive messages of inclusion. This seven-piece outfit knows how to get the party started. With three emcees, two trumpet players, and a singing flutist in their ranks, they deftly traverse multiple genres including neo-soul and indie music.

Living up to their name, the crew has been hard at work touring extensively up and down the East Coast and have been putting the finishing touches on a new album. Indie blog OkayPlayer recently debuted their track, “Living Legends,” stating that Hardwork Movement combines “D’Angelo’s soulful sound, a mixture of West Coast and Atlanta cadences, ‘90s East Coast flair, The Roots’ precision and timing with a millennial’s perspective.”