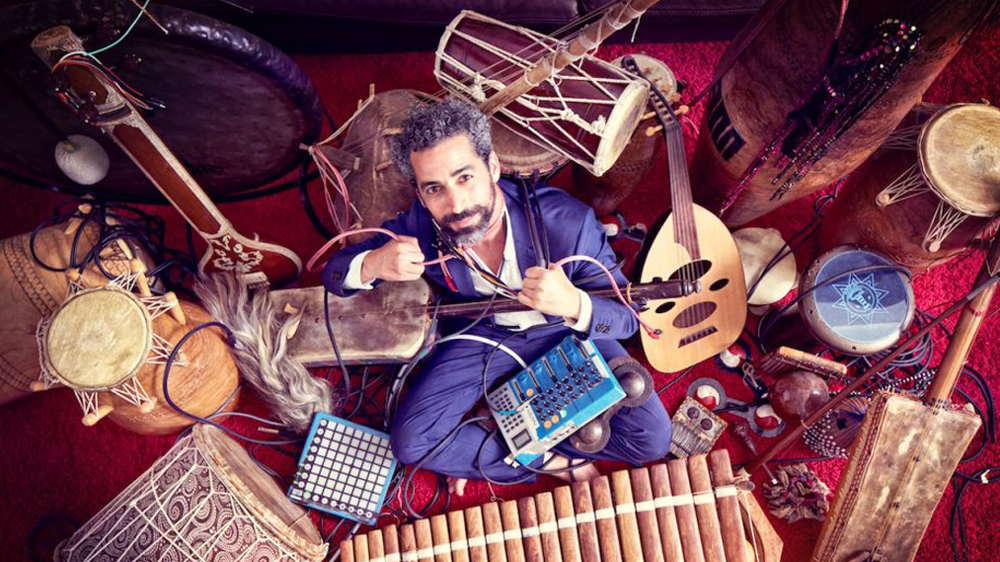 Multidisciplinary artist and DJ Hatim Belyami–aka HAT–creates a world of mesmerizing soundscapes and visuals from elaborate audio/visual remixes, fusing traditional folk heritages from around the world with tomorrow’s electro. The Moroccan-born artist grew up immersed in his country’s Arabic, Amazigh and Sub-Saharan African origins that he now channels into his work as a musician. While a student at Harvard University, he studied composition, jazz and ethnomusicology. Belyami has worn many hats in his career—from a heavy metal guitarist, to a classically trained pianist, to senior management at Apple—but he found his voice in electronic music, a fluid medium that unifies his musical influences. HAT is dedicated to exploring the intersection between disparate cultures and art forms, using music and visuals from around the world in his visual art, video editing, electronic and organic sounds to create a hypnotic live universe that leaves audiences enchanted.

HAT has performed at venues across the world, including various festivals in Morocco, Roskilde Festival in Denmark and WOMEX in Spain. His performances have garnered attention from renowned musicians and he has since collaborated with artists like David Byrne of Talking Heads and 16-time GRAMMY Award-winning banjoist Bela Fleck. He is the founder of Remix ←→ Culture, an international art collective enthusiastically committed to integrating traditional world music with remix art. He has taken the collective to stages in San Francisco, Austin, Boston, and New York City’s Lincoln Center and Carnegie Hall.