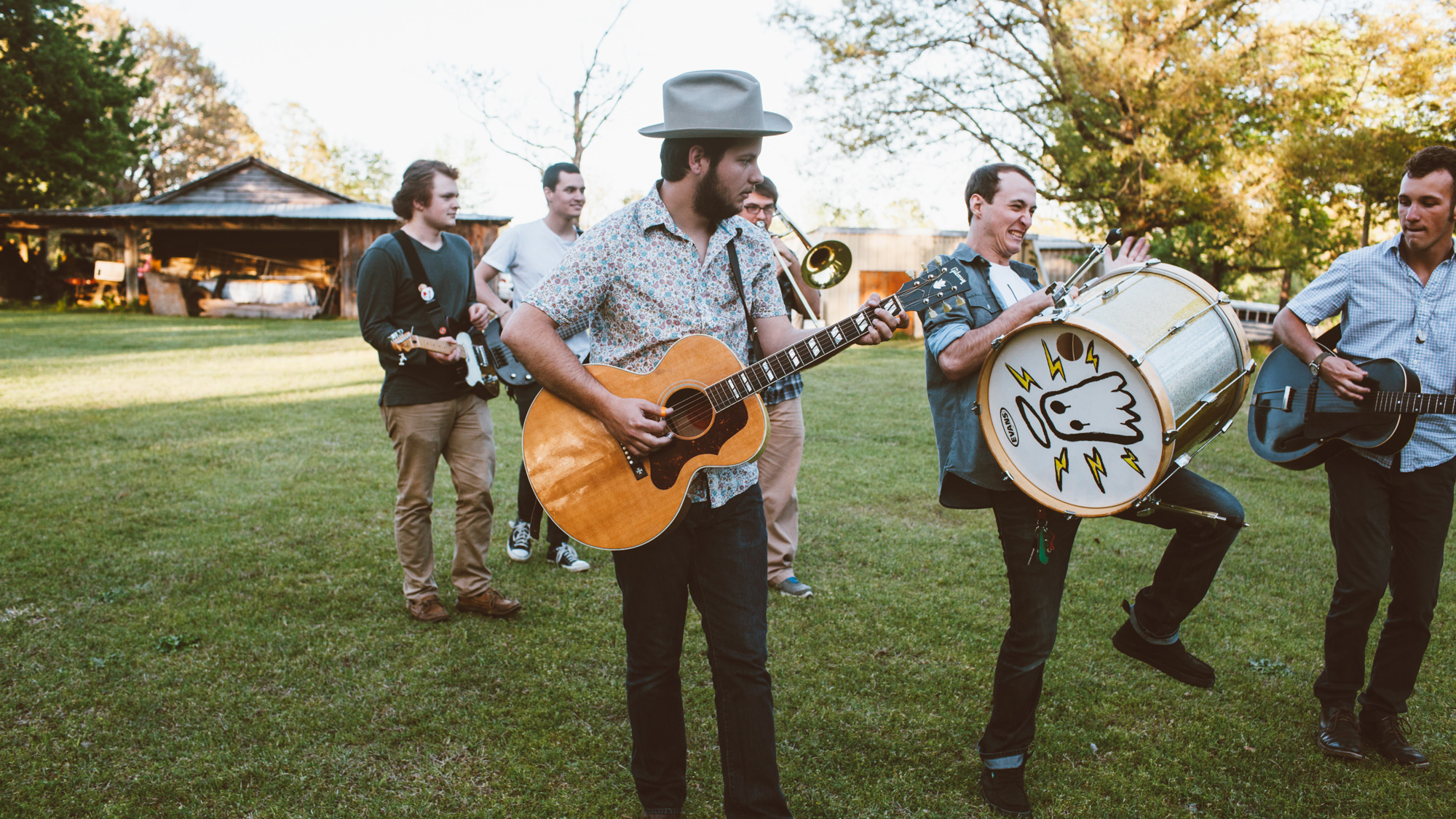 Oxford is in northeast Mississippi. It is not in the famed Delta nor is it on the redneck riviera of the gulf coast. It is nestled in the hills that will become the mountains. It is of the land Mississippi Fred McDowell and the Hill Country bluesmen R.L. Burnside and Junior Kimbrough sprouted roots. It is the big bright buckle of America’s Bible Belt, the hooded figure of history’s fears, and it is the home of Holy Ghost Electric Show.

Depending on what you would imagine the sons of preachers playing rock music in Mississippi would sound like, HGES sounds exactly what you imagine…or nothing like it. Brothers Cody (songwriter, lead vocals, rhythm guitar) and Jake Rogers (guitar and banjo), Will Shirley (guitar), Connor Wroten (bass), Austin Wheeler (drums) started in a abandoned cabin developing their sound and live show until it echoed similar fire and intensity of bygone Pentecostal tent revivals. Guitars are being traded…trombones marched through crowds…drum sets crashed…everyone is screaming…it’s rock and roll and it’s hot and it’s sweaty and it’s the Electric Show, to which audiences from all over the Magnolia State will testify. Invoking southern gothic imagery and folktale fever dreams in their lyrics and sound they have created a weird America all their own.

Signed to southern indie label This Is American Music, they are fresh out of the studio with a new batch of songs recorded with Simone Felice (The Felice Brothers, The Duke and The King) in Woodstock, NY.