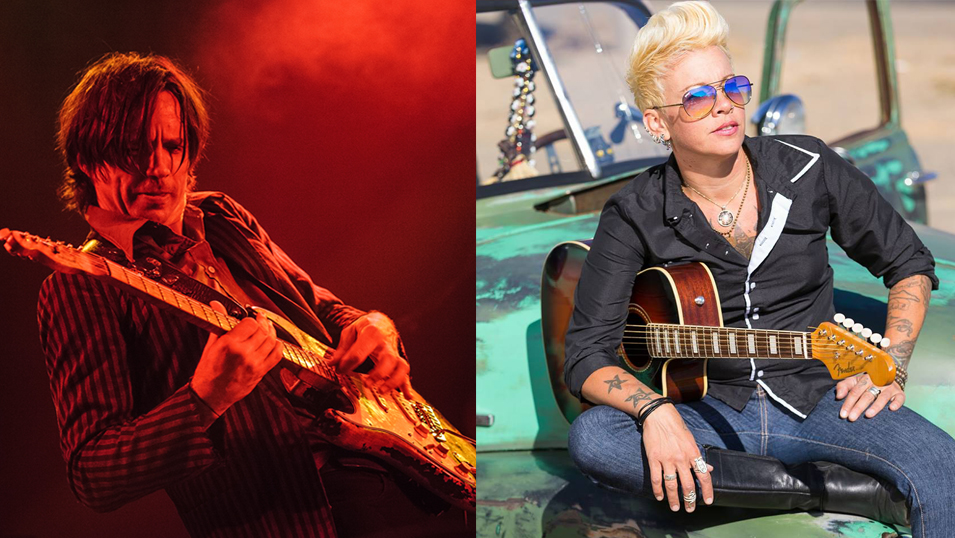 From blues to folk to pop chameleon, Ian Moore’s passion for music has taken him through a wide range of genres and he’s mastered them all. With his searing guitar work and unbridled vocals, Moore got his start performing while attending The University of Texas at Austin and quickly amassed a fervid following. His success led to a record deal and tours alongside Bob Dylan, ZZ Top, Paul Well and the Rolling Stones among others. As he made the move to the pacific northwest, Moore began to push the boundaries of blues further and his reputation only continued to grow.  His sophomore album Modernday Folklore reaching #14 on Billboard’s “Top Heatseeker’s Chart” and earning him appearances on Letterman and the Today Show. Moore has since collaborated with diverse artists including Ice Cube, Prince B., Spiral Stairs and more. Recently, Moore founded a charity, SMASH, which assists Seattle musicians with healthcare. His latest album, Strange Days released 2017, marks a transition closer to pop music with bright piano chords and melodies interspersed with his signature fiery blues. A Levitt veteran performer, Moore enchanted audiences last year at the Levitt AMP Santa Fe Music Series.

Like her mythological namesake, powerhouse vocalist and guitarist Athena McIntyre’s practical wisdom is the foundation for her lush storytelling through songwriting. Marked by earnest lyricism and dynamic vocals, McIntyre’s emotive guitar strumming and bluesy fierceness have captivated audiences and earned her a loyal following over her decade long career. Using music as a tool to work through adversity, McIntyre spreads a message of punk individuality through her folky Americana tunes and a voice that fans and critics have compared to Pat Benatar and Grace Slick in both range and soulful delivery. McIntyre has thrilled audiences across the southwest at venues including the Knitting Factory and the legendary Whiskey a Go Go and in Los Angeles and at Artown in Reno, Nev. She’s performed at high-profile events including the Nevada State Fair, NadaDada in Reno, Nev. and the Northern Nevada Race for the Cure and she has been featured on the Nevada-based program America Matters Radio. As her star has risen, McIntyre has shared the stage with high-profile acts including fellow past Levitt performer Marina V (2016 Levitt AMP Jacksonville Music Series), Chris Pureka, Taproot and Whitney Meyer. Recently, she opened for actor, musician and Blues Brother Dan Aykroyd at the Hard Rock Casino Lake Tahoe in Nevada. Her most recent album, About a Gurl, was released in 2015 to rave reviews.