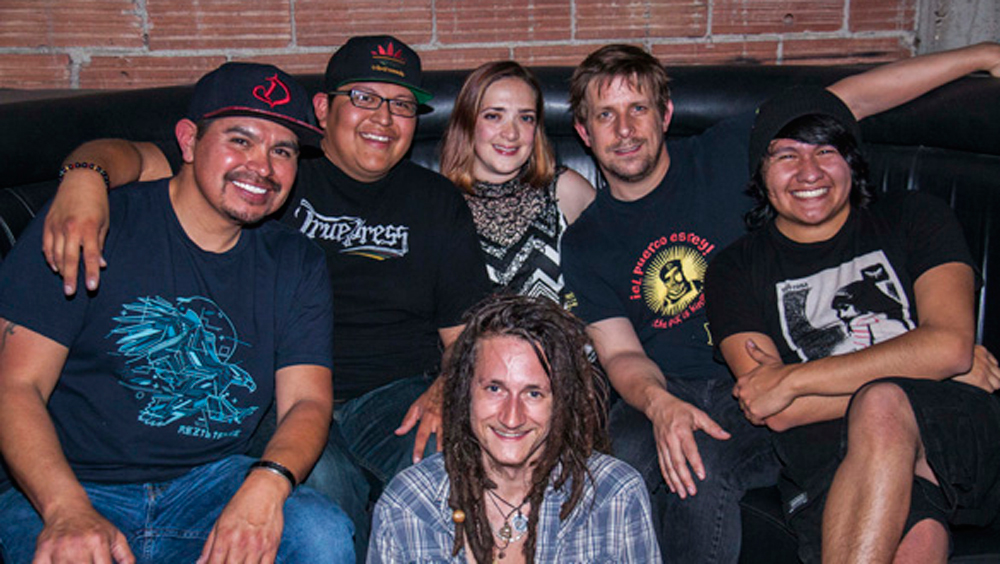 Santa Fe-based reggae sensation Innastate empowers concertgoers with energetic songs that honor the group’s indigenous heritage through their contemporary grooves. Their music incorporates themes of overcoming adversity and the power of community with a firm belief in the power of music to connect people. Innastate first came together in the spring of 2014 and has amassed momentous acclaim during their relatively brief existence following the release of their self-titled debut EP in 2015 and their mounting social media presence. The group incorporates classic reggae instrumentation featuring saxophone and keyboard flares for high-energy live shows that get audiences dancing.

Innastate has gained a reputation for musical acumen and joyous performances that landed them the title of online tastemaker’s Rockwired Magazine’s “Artist of the Month” and their 2016 Reader’s Poll award for “Best Performance by an American India/First Nations Band or Artist,” in addition to a nomination for “Best Reggae Song” by the New Mexico Music Awards. Along with their critical acclaim, Innastate has shared the stage with such reggae legends as Pato Banton, Native Roots, Tribal Seeds, Nahko and Natural Vibrations.