Due to the weather forecast, this concert will be moved indoors to Kingdom Taproom (39 Railroad St., St. Johnsbury, VT 05819). All details remain the same, 4-7pm, free admission. 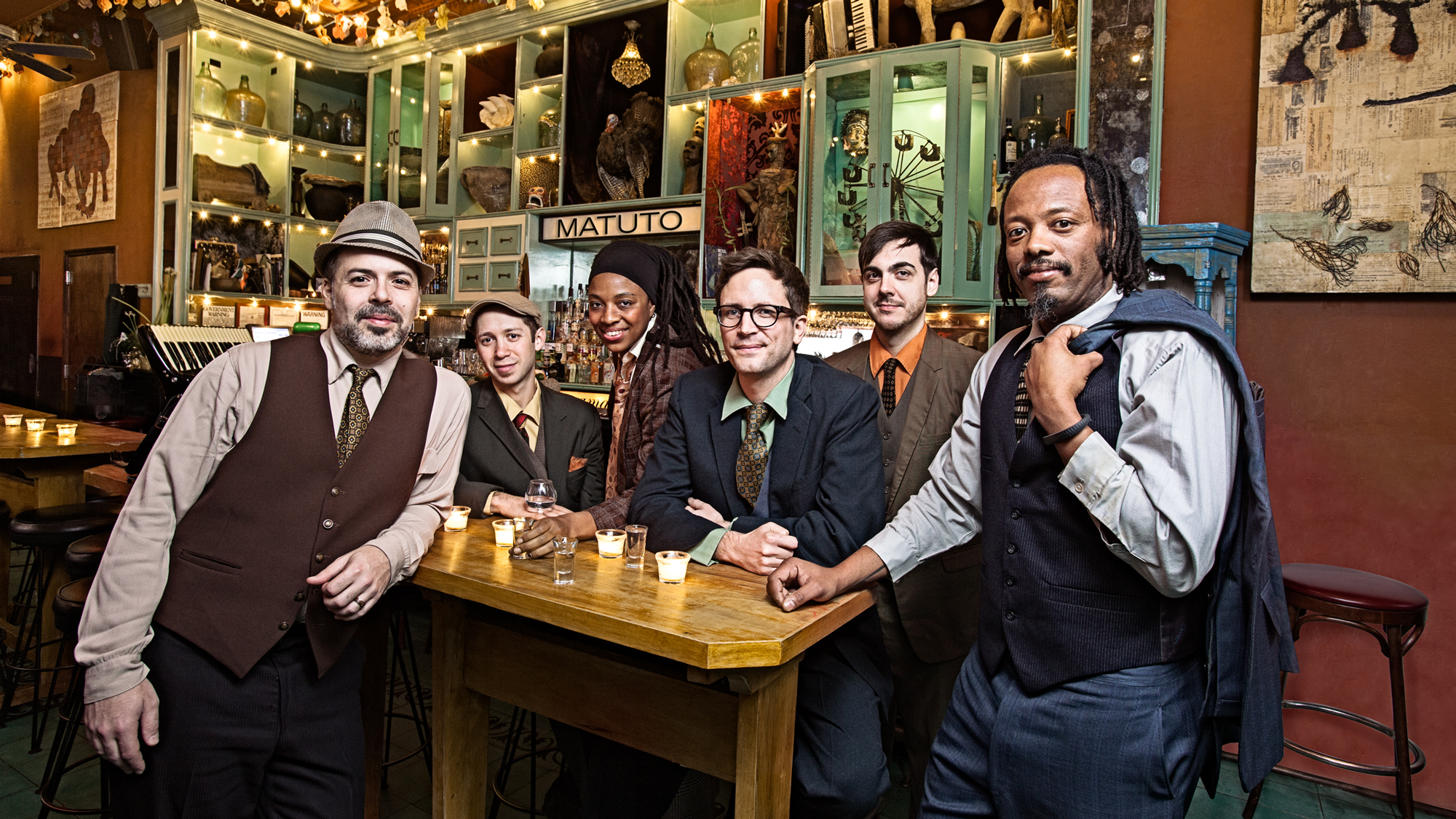 Matuto, which is Brazilian slang for “country boy,” is also the name of this unique band that combines elements of Brazilian music and American jazz, blues, bluegrass and folk. The New York-based outfit was born when guitarist Clay Ross and accordionist Rob Curto stepped out on stage in front of thousands of party-ready Brazilians in 2009 after Ross had received a Fulbright grant to perform in Brazil. The audience’s response was so overwhelming that they decided to make the band their main focus, and since then they have performed around the world recreating that magical experience.

Adding a multitude of instruments including accordion, guitar, bass, drums, cavaquinho, zabumba, and triangle helped define and expand Matuto’s sound – the syncopations of Brazilian music and the folk traditions of the American South. “Weird and wonderful… unorthodox and delightful,” wrote Jazz Times Magazine. While it’s an unlikely combination on paper, on the dance floor it just feels right.