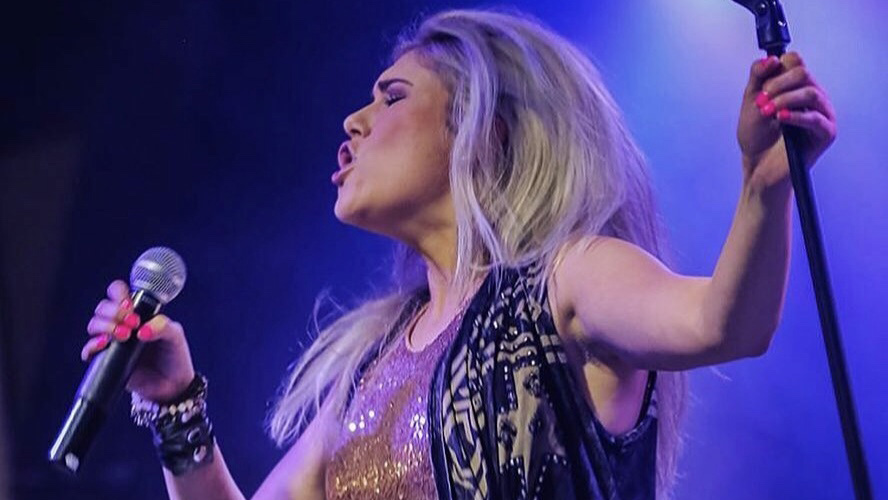 Kaitlyn Baker is a roots, blues and rock performer for the ages, with her soaring vocals, rocking instrumentation and deeply personal lyrics. Referred to as a modern day “coal miner’s daughter” by Virginia Living, Kaitlyn Baker’s pure country voice and gritty songwriting has captivated the Nashville circuit for years and showcases talent beyond her years. Born and raised in rural Virginia, Baker got her start at the age of 13, self-recording albums and distributing them at local concerts and church events. While her music has matured thematically and lyrically, the core of her tunes are about self-empowerment, resilience and life lessons about growing up in small town America, moving to the big city, and other deeply personal stories that have impacted her life.

Baker’s debut single “Burn” charted on Music Row’s Breakout Chart in 2015, while her follow up singles “Coal Train” and “To Pieces” garnered national attention on music industry charts and media outlets in the years shortly after. “Coal Train” was even included on the 2015 ACM Awards ZinePak, a double album released by the Academy of Country Music. The album debuted at No. 4 on the Billboard Country Albums chart. Her self-penned “Heart of Appalachia” song was adopted as the official theme song of the Heart of Appalachia Tourism Authority, a nonprofit organization that promotes tourism. Baker has performed coast to coast, and has opened for Brad Paisley, Craig Morgan, Rhonda Vincent, Jim Lauderdale and many other icons of modern country. As an up-and-coming country singer and unapologetic songwriter, she is just getting started.

Tyler Smith and the Stillrunners at 6pm