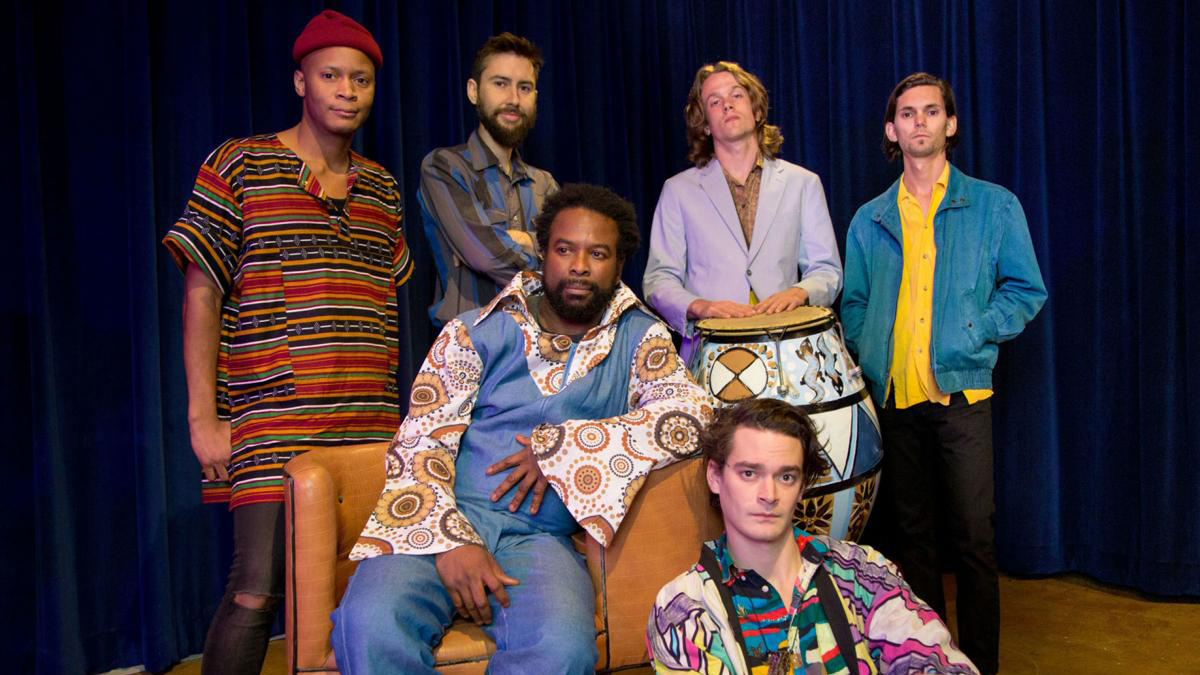 Afro-funksters Kaleta & Super Yamba Band are known for their explosive live shows teeming with danceable rhythms and a vivacious energy that brings out the boogie in audiences from all walks of life. Fronted by legendary Afrobeat veteran Leon Ligan-Majek—a.k.a. Kaleta—the Brooklyn, N.Y.,-based group weaves together lively, multi-faceted rhythms and groovy basslines beneath bright horns, swirling synthesizers and Kaleta’s smoky vocals. Song lyrics seamlessly glide between languages native to West Africa including Fon, Goun, Yoruba and Ewe, along with French and Pidgin English, "the official language of Afrobeat" according to the band. Vocalist, guitarist, percussionist and producer Kaleta was born in the West African country of Benin Republic and lived his adolescent life in Lagos, Nigeria—the birthplace of Afrobeat. He got his start in the late 1970s performing in church and after capturing the attention of world music pioneer King Sunny Ade, was given the opportunity to go on a global tour with the iconic Nigerian musician and later with Fela Kuti though the 1980s and into the 1990s. After moving to New York City, Kaleta was overjoyed to find Super Yamba Band and hear their fresh take on the vintage sounds of his native Benin, taking its cues from artists like Orchestre Poly-Rythmo, El Rego and Gnonnas Pedro. Today, the band’s infectious sound and energy has earned them a devoted following and a skyrocketing reputation.

Kaleta & Super Yamba Band have erupted onto the music scene with performances at the World Music Institute's Masters Of African Music Series in New York, Felabration NYC, Millpond.Live Festival in Massachusetts, Paste Magazine's Emerging Music Festival in New York City, the historic Apollo Theatre, and Levitt AMP performances in Greensboro, N.C. (2016), Berea, Ky. (2018)—and before the close of the summer, Green Bay, Wis., and Utica, N.Y.! In a review of their performance at the Emerging Music Festival, online tastemaker Afropop Worldwide said "their ace-up-the-sleeve: the singer Kaleta, whose James Brown grunts have got to be some of the best in the business." With their latest single “Mr. Diva” (2018), Kaleta & Super Yamba continue to treat listeners to an unforgettable experience of world-class Afro-Funk dance music.