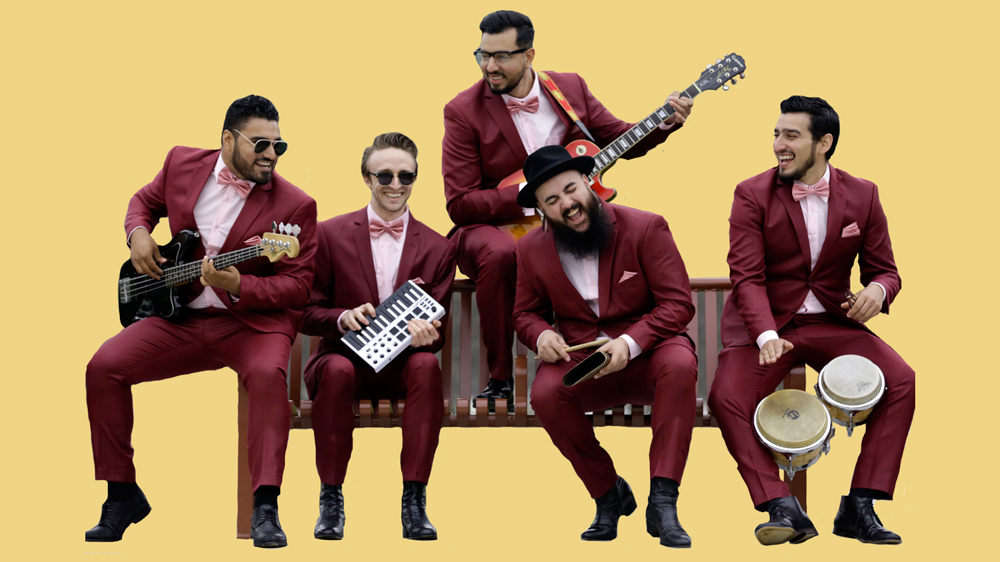 Fusing ‘60s surf-rock guitar riffs with Afro-Latin rhythms, La Chamba pays homage to Peruvian chicha music, a distinctive style of cumbia with traces of Andean huayano and American psychedelic rock that you can’t help but dance to. The band’s name “la chamba” literally means “work” and this band wants you to boogie your work blues away with groovy baselines and pulsing percussion layered under iridescent guitars and searing vocal harmonies. With roots in East and South-Central Los Angeles, La Chamba formed in 2009, jamming between classes while they were students at UC Santa Cruz. The band was founded with a mission to amplify everyday life with vibrant chicha music and provide a healthy, inclusive space for all communities.

La Chamba is blazing the trail for the chicha revival in Los Angeles and beyond, bringing the underground Peruvian music they love to the masses. The group is no stranger to Levitt stages—with a 2017 performance at Levitt Pavilion Los Angeles under their belts and three 2018 performances slated for this summer (Levitt AMP Carson City, 6/25; Levitt AMP Santa Fe, 6/30; Levitt Pavilion Los Angeles, 7/12). They’ve received coverage from such prominent L.A. outlets as LA Weekly, The Eastsider and The Desert Review. They released their latest album, Ecos de la Selva, in 2017 to critical acclaim.