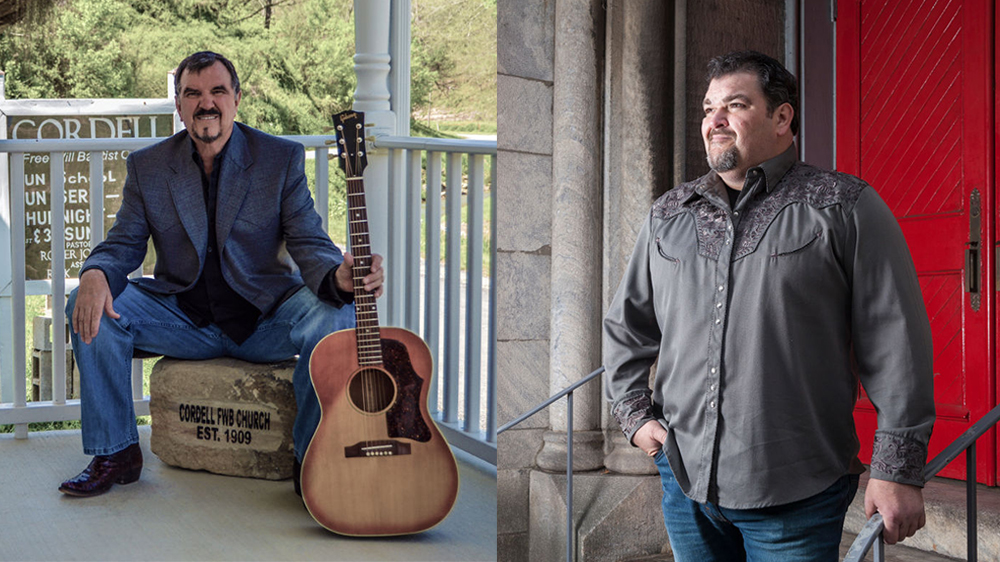 Experience the soaring fiddles and blazing banjos of East Kentucky bluegrass at its best when GRAMMY-nominated singer-songwriter and Kentucky Hall of Fame inductee Larry Cordle joins forces with emerging singer-songwriter and guitarist Dave Adkins. The lively evening will feature hits from the artists’ solo careers as well as recent collaborative works, like their hit "Blood Feud (Hatfields and McCoys)," which reached #1 on the Bluegrass Today Top 20 chart.  As one of country music’s most sought-after performers and songwriters, Cordle brings years of experience to Adkins’ raw, soulful vocals and powerful bluegrass picking. The two east Kentucky natives have the rich heritage of Appalachian music woven in their DNA, informing their authentic songwriting and loyalty to the instruments of the region with banjos and fiddles a plenty. The duo collaborated on several songs on the Dave Adkins album, Right or Wrong in 2018.

Throughout his prolific career, Cordle has produced songs that have appeared on projects that have sold more than 55 million records, by artists such as Ricky Skaggs, Alison Krauss, Rhonda Vincent, Garth Brooks, George Strait, Trisha Yearwood, Reba McEntire, Diamond Rio, Alan Jackson, Trace Adkins and many others. He has multiple #1 hits on both the Billboard Country and Bluegrass charts. Adkins’ eponymous debut album debuted at #1 on the Billboard Bluegrass charts in 2016. Two singles off the album, “Change Her Mind” and “Sold” (a cover of the 1995 John Montgomery hit) also reached #1 on the Bluegrass Today Top 20 chart and were respectively #1 and #2 on the Sirius XM Bluegrass Junction’s Most Played Tracks of 2016. A third single off that album, “Turn and Burn,” was awarded second place in the prestigious Hazel Dickens Songwriting Contest in 2016. Together, these two East Kentucky natives are a bluegrass tour de force known for their acoustic skill and stellar live performances.