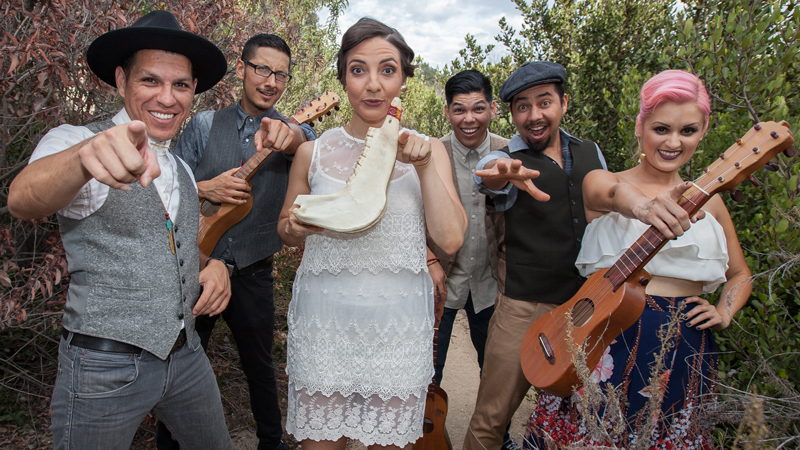 Las Cafeteras was featured in CNN’s Emmy Award-winning United Shades of America, the acclaimed Hulu original series East Los High and in the theme song for the internationally-lauded drama/telenovela Bajo el Mismo Cielo. Their success has brought them to stages across the nation—including electrifying performances at Levitt Pavilion Los Angeles in 2011 and earlier this summer at Levitt AMP Santa Fe—and alongside icons like the Los Angeles Philharmonic Orchestra, Talib Kweli, Michael Franti, Edward Sharpe and the Magnetic Zeroes and John Legend. They’ve garnered praise from national outlets like NPR and the BBC and were described by the Los Angeles Times as a “uniquely Angeleno mishmash of punk, hip-hop, beat music, cumbia and rock…live, they’re magnetic.” 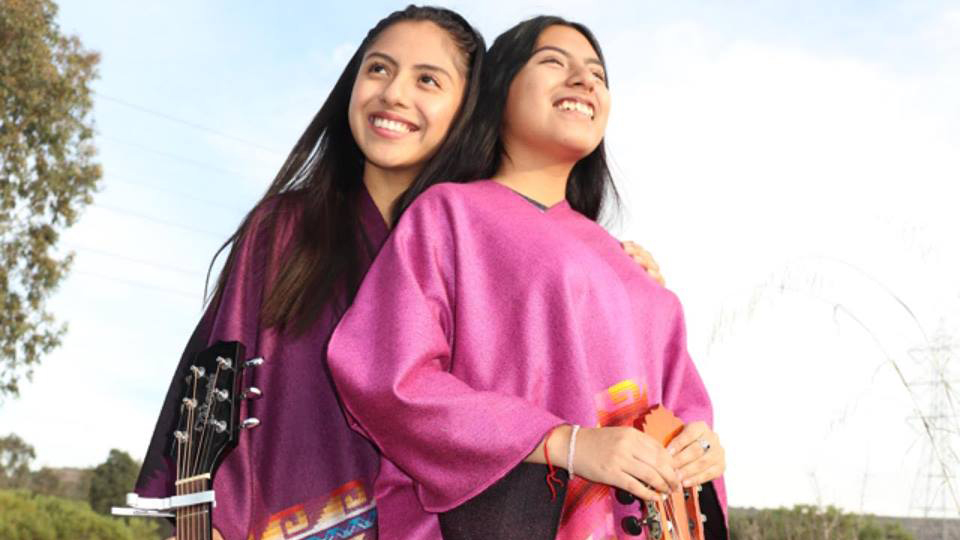 With intricate guitar work and soaring vocal harmonies, Dueto Dos Rosas’ ethereal campirana music will sooth your soul and put a smile on your face. The duo is comprised of sisters Emily and Sheyla Rosas who fell in love with campirana and want to bring it back to the mainstream, singing every song with heart and passion. Hailing from the village of San Martin Sabinillo in Oaxaca, Mexico, and based in San Marcos, Calif., the sisters are deeply proud of their roots and indigenous heritage and want to share these beautiful songs with the world.