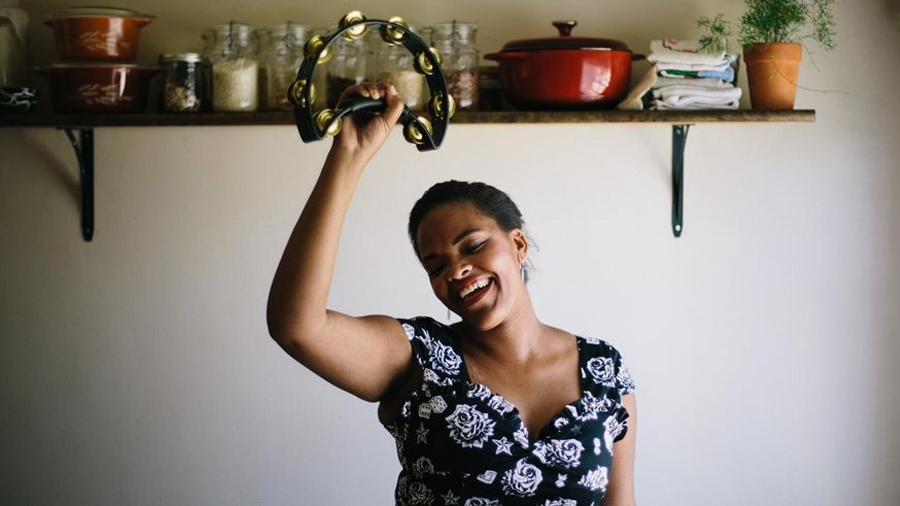 Gospel, soul, and R&B infused raconteur Liz Vice leaves audiences spellbound with her powerful smoky vocals and smooth, vibrant music. With groovy basslines, infectious charisma and a voice to bring the house down, Vice’s lush soundscapes and poetic lyrics paint vibrant pictures of love and coming into your own. Born and raised in Portland, Ore., the singer-songwriter taught herself to play piano as a child, plucking out notes that mimicked instrumental records for hours on end—using blue painter’s tape on the piano keys to distinguish between notes until she could read music. Vice’s health rapidly declined when she was only 19 years old, leading to three and a half years of hemodialysis and a kidney transplant. During this time, Vice embarked upon a difficult road of physical and emotional healing that still informs her introspective songwriting. With her newfound perspective and the illness in her rearview mirror, Vice made the decision to become a professional musician and quickly discovered that her music resonated with listeners. She quickly amassed a devoted following and critical acclaim with her heartfelt lyrics, dynamic arrangements and unforgettable voice.

Vice’s debut album, There’s a Light (2015), reached #6 on Billboard’s gospel music chart and #13 in the R&B category. Her success has earned her invitations to perform alongside artists such as Eric Early (Blitzen Trapper), Josh Garrels, Josh White (Telecast), Tunde Baiyewu (Lighthouse Family), Luz Mendoza (Y La Bamba) among many others. Vice has received coverage from national outlets including NPR Music, The New York Times, The Wall Street Journal, Vortex Music Magazine and AXS. Her latest album, Save Me released in June of 2018, prompted No Depression to write “her vocals, woven around the warmth of her backing chorus, elevate listeners in every song, allowing them to see the intransigencies of life through a different vision.”