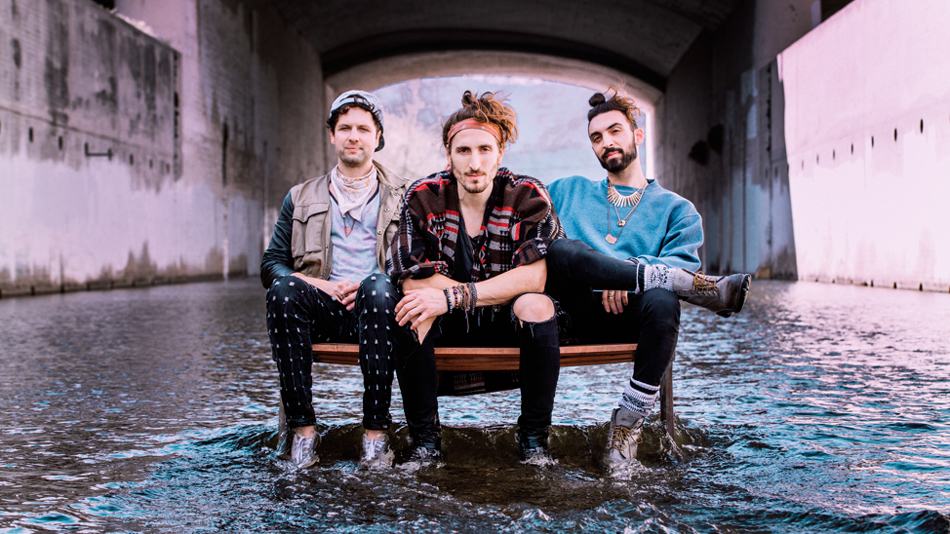 With an ear for infectious melodies and stadium-ready anthems, Magic Giant ignites audiences across the nation with their joyous music, lifting spirits and moving feet. The Los Angeles-based group first came together in 2014 around a framework of upbeat indie pop supported by folk instrumentation featuring driving banjos and blazing harmonicas. Magic Giant is comprised of frontman Austin Bisnow—who has written music for David Guetta, Steve Aoki and Big Time Rush—along with banjoist/harmonica/viola player Zambrick Li and guitarist/cellist Brian “Zang” Zaghi. Together, Magic Giant draws from seemingly disparate genres and styles to unite concertgoers in joy and dance.

In 2017, Magic Giant was named one of “10 New Artists You Need to Know” by Rolling Stone and featured on the “Today Show” as their Artist of the Month, where they also performed their breakout single “Set on Fire”—which spent multiple weeks in the Top 40 of Billboard’s US Alternative Songs charts, several within the Top 25. They have performed at prominent festivals like Coachella and Lightning in a Bottle in California and Electric Forest in Michigan.