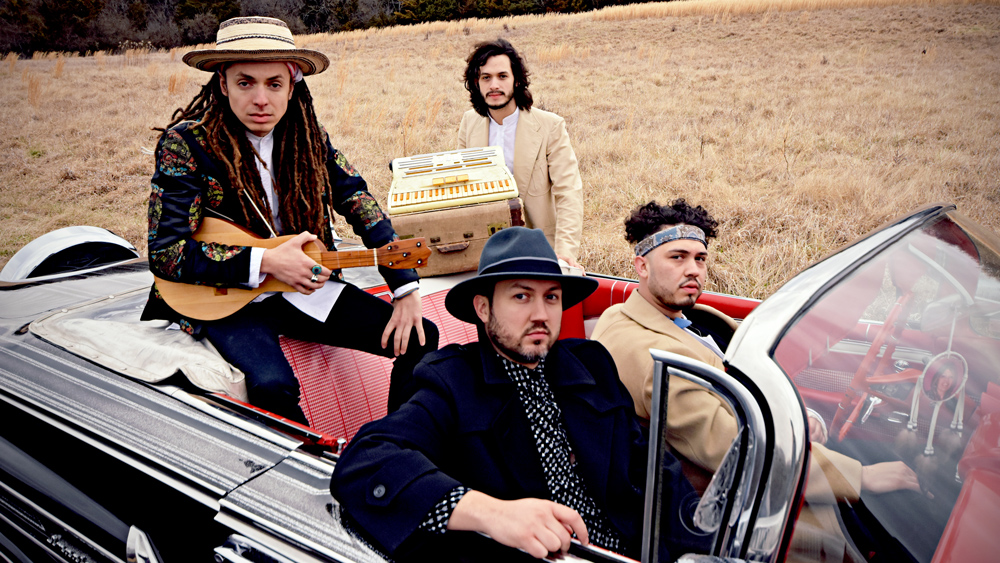 Rocking troubadours Making Movies merges Afro-Latino rhythms with rock ‘n’ roll sensibilities and Latin American instrumentation into contagious songs with a socially-conscious messages, moving listeners’ hearts and feet. The Kansas City, Kan.,-based group is comprised of two pairs of brothers, Enrique and Diego Chi and Juan-Carlos and Andres Chaurand. Set within dynamic sonic frameworks and marked by bold fusions of cumbia, psychedelia and Yoruba music, their songs underscore stories of characters from Venezuela, Mexico and the Midwest, all reconciling the challenges of entering adulthood. Making Movies is known for their high-energy live-shows that delight concertgoers, including those at their at Levitt AMP Santa Fe (6/2) and Levitt AMP Trenton (8/16), with vibrant performances full of theatrics and cathartic climaxes.

Their 2017 release I Am Another You was named by NPR as “lyrically and sonically one of the best albums of the year” and received rave reviews from such prominent  outlets as Rolling Stone and Chicago Tribune, as well as online tastemakers like Remezcla and American Songwriter and a review featured on MTV. Since then, they have performed at the Kennedy Center in Washington, DC, and shared the stage with indie-sensations like Arcade Fire, Hurray for the Riff Raff, Los Lobos, Tennis, Ozomatli and Cold War Kids.