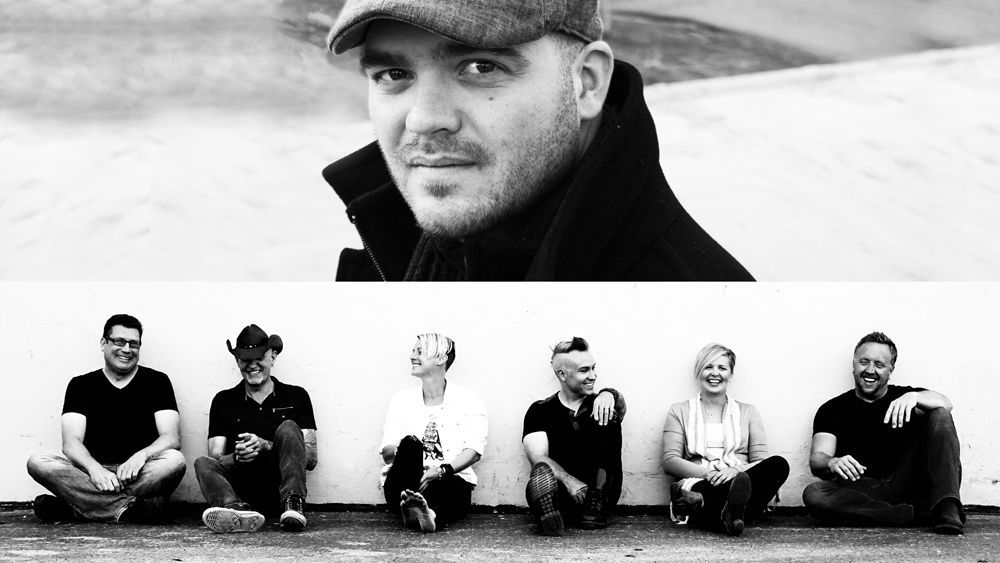 Pushing genre boundaries, soulful singer-songwriter Mark Croft teams up with eclectic rockers Well-Known Strangers for night of feel-good music that will lift your spirit and soothe your soul.

Bluesy raconteur Mark Croft’s booming baritone vocals, infectious melodies and undeniable skill on his six-string make him a classic triple-threat that leaves audiences transfixed. Croft and his band draw from a wide variety of styles, creating a lively and eclectic fusion of roots, pop and Americana. Croft moves audiences with his powerful performances, driving bluesy rhythms and emotionally complex lyrics. Croft claimed first place in both the inaugural American Idol Underground Rock Contest (2004) and Midwest Song Contest (2005), and was designated “Favorite Singer/Songwriter” by Isthmus Magazine’s “Reader’s Poll.” He also garnered Top-5 finishes in the Great Lakes Song Contest in 2011 and the Great American Songwriting Contest in 2012. A 12-time Madison Area Music Award winner, he was again honored in the spring of 2010 with five awards for his EP The Possibility of Disaster (Slothtrop Records, 2009), taking home “Pop Album,” “Pop Song” and “Pop Artist” of the Year, as well as “Best Male Vocalist” and “Best Music Video.” Over the last decade, Croft has shared the stage with acts such as Kelly Joe Phelps, Glee star Noah Guthrie, and Broadway and Frozen star, Idina Menzel. His 2010 cover of Peter Gabriel's “Washing of the Water” garnered earned praise from Gabriel himself.

Hailing from Racine, Wis., Well-Known Strangers is thrilling audiences across the Midwest with cello-infused anthemic rock ‘n’ roll teeming with big hooks and indie-pop sensibilities, laced with a dash of country twang. The six-piece’s diverse musical backgrounds come together to create powerful tributes to inner-strength and overcoming adversity with a sound that is melodically rich and expressively groundbreaking. Well-Known Strangers is a fervent supporter of the LGBTQ+ community and works to raise awareness of the ongoing battles against cancer and human trafficking through community events and their socially-conscious music and art. Following the release of their 2017 album Aligned, the band was voted “Best Local Band” by readers of Milwaukee A-List, with frontwoman Betsy Wade also earning the title of “Best Female Vocalist” by Shepard Express and the full band securing the runner-up placement in the “Best Band” category. Well-Known Strangers also earned Wisconsin Area Music Award (WAMI) nominations for "Best Rock/Pop Band" and the WAMI People's Choice Award for "Best Band."