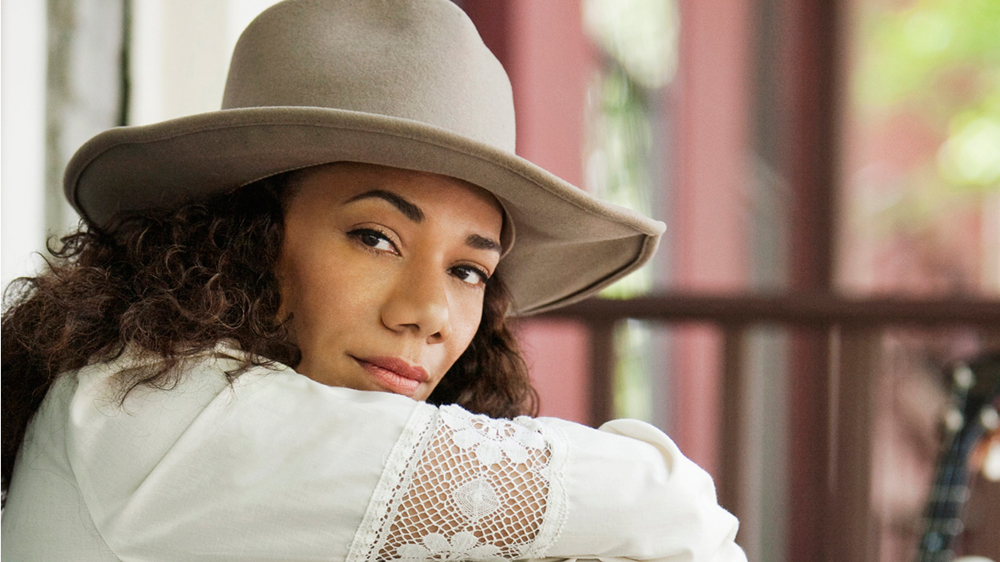 Widely considered one of today’s most influential voices in American Roots music, charismatic songstress Martha Redbone’s raw, honey-smooth voice pours over soulful melodies built around Americana instrumentation, featuring twangy steelstrings, lilting fiddles and a driving upright bass. Her music embodies the mountain folk and blues sounds of her childhood in Appalachian Kentucky mixed with the ‘eclectic grit’ of her teenage years in pre-gentrified Brooklyn. Redbone combines the power of her gospel-singing, African American father’s voice with the determined spirit of her Cherokee/Shawnee/Choctaw mother in music that pushes the boundaries of roots music with unfettered emotion and stunning vocal acuity. Alongside her career as a recording artist and songwriter, Redbone has maintained a steady involvement with causes she believes in, building in workshops and motivational talks with grade school children as part of her touring schedule as part of her robust commitment to social activism. Redbone’s powerful performances break down cultural barriers and draw audiences together through the shared experience of meaningful music.

Redbone has received praise from outlets such as The Wall Street Journal, The Huffington Post, Billboard Magazine, The Village Voice, Native Peoples Magazine and NPR. Her latest CD, The Garden of Love—Songs of William Blake, produced by Nitty Gritty Dirt Band founder/GRAMMY -winner John McEuen, was praised as “a brilliant collision of cultures” by The New Yorker magazine. As her star has risen, she has shared the stage with acts like Bonnie Rae and the late Floyd “Red Crow” Westerman. In addition to the title of 2015/16 Fellow of the Native Arts and Cultures Foundation, Redbone is contracted by The Department of Indian Education - Louisiana, LaFourche Parish and teaches a Southeastern Traditional Singing Workshop for the United Houma Nation’s Bayou Healers Cultural Enrichment Camp program. Her album Skintalk is recognized as an example of Contemporary Native American music in the Library Collection at the Smithsonian National Museum of the American Indian. An exemplary ambassador for both Native and African-American Youth for the National HIV/Aids Partnership, she was awarded the Red Ribbon Award for Outstanding Leadership presented on World AIDS Day at the United Nations in 2005. After Hurricanes Katrina and Rita ravaged the communities of the United Houma Nation on the Gulf Coast, Redbone single-handedly helped generate publicity that raised over $30,000. Redbone is currently an Advisory Board member of The Carlisle Indian School Project.