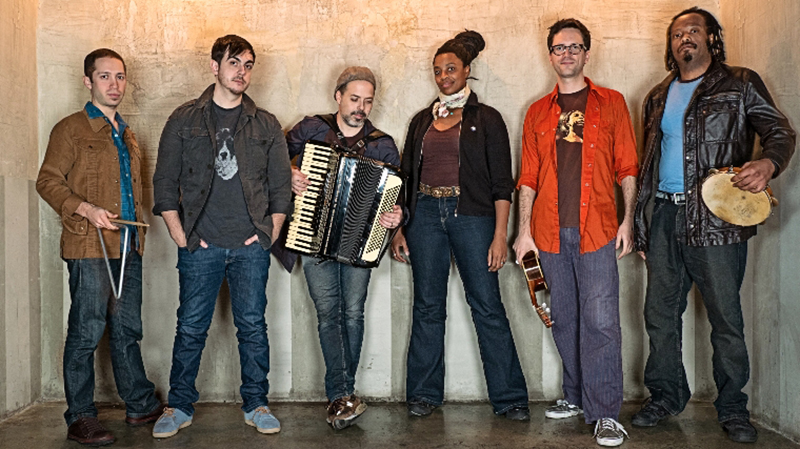 Bluegrass meets Brazil in Matuto’s lively, dance-friendly music. Audiences are delighted by the twist and pull between the Latin syncopations of Brazilian roots music and the folk traditions of the American South. Since the band's first electrifying show in 2009—performed in Recife, Brazil, at the height of Carnaval—this U.S.-based group has toured North America and Brazil, playing hundreds of shows each year, from popular American world music and folk festivals to major Brazilian celebrations. They have been featured showcase artists at the prestigious annual world music gathering WOMEX and have toured as U.S. State Department musical ambassadors in Brazil, The United Kingdom, Ireland, Macedonia, Greece, Kosovo, Turkey, Mozambique, Ivory Coast, Cameroon, Ghana and Senegal, building cross-cultural understanding and appreciation through music.

Tapping NYC’s diverse jazz, roots, and world music scenes, they have recorded three highly regarded albums including most recently The Africa Suite (2014), a series of original pieces based on the band’s engagement with the people, sounds, and traditions on the road as ambassadors. The Africa Suite focuses the band’s fascination with the cultural push and pull between Africa and the Americas, creating a musical snapshot of the five countries on its 2013 State Department-sponsored tour. Matuto revels in cultures colliding and in the ongoing exchange of ideas. They know its history is not without tension, but those very tensions can fire creative expression and good times. “We’re questioning the boundaries and borders of the present and past” muses Ross. “We can’t always answer these questions, but we can let them guide us towards new possibilities through music.”

I expected the great musicianship, but what I didn’t expect was the immense charm and the ability to impart to an audience the total joy of being alive. – Katy Heine, Cornell University