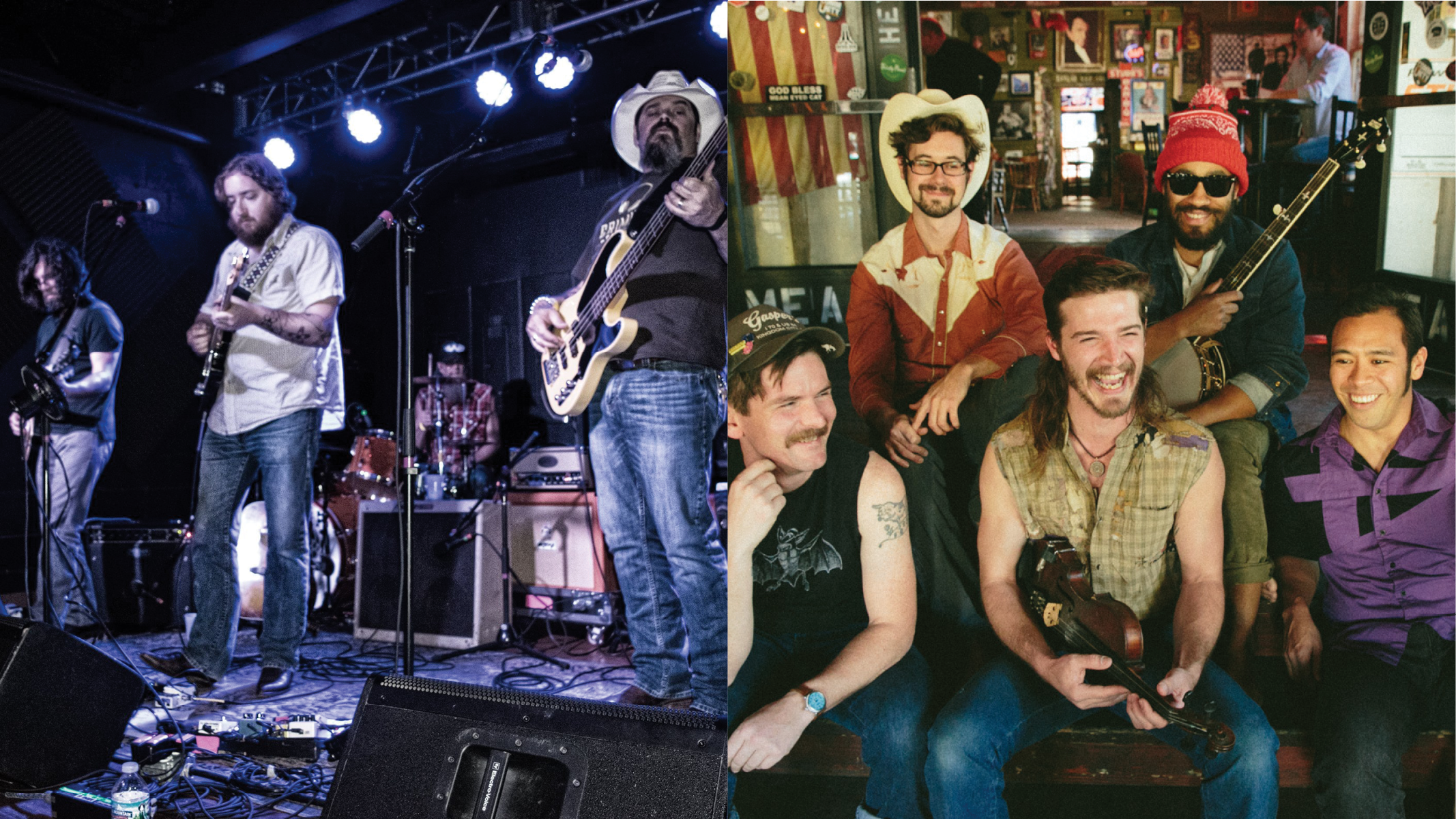 Nick Dittmeier & the Sawdusters are a four-piece Americana band from Louisville, Ky. Their new album, Midwest Heart/Southern Blues, is a gritty, upbeat collection of songs, full of characters who were developed while staring over the dash of a beat up Ford van cruising through towns in the South and Midwest, whose better days are behind them. The band includes Nick Dittmeier (Guitar/Vocals), JP Payton (Guitar), Rev. Bob Rutherford (Bass) and Mark Wayne Minnick (Drums). Nick Dittmeier & the Sawdusters’ southern rock intertwined with a locomotive instrumental pace and raw lyrics will get you on your feet in no time.

Describing their music as ‘trash grass,’ Whiskey Shivers is a folk and bluegrass band out of Austin, Texas. It's almost impossible to watch the band perform more than a song or two without cracking a smile. Their exuberance is contagious, and it bleeds through into the music. The band lineup consists of Bobby Fitzgerald (Vocals/Fiddle), Andrew VanVoorhees (Bass/Vocals), James Gwyn (Washboards), James Bookert (Banjo) and Jeff “Horti” Hortillosa (Vocals/Guitar). Whether Whiskey Shivers is playing at a backyard house party in Texas, a punk-rock dive bar or a sprawling country music festival, crowds take notice. People put down their phones, pick up their drinks and start dancing.