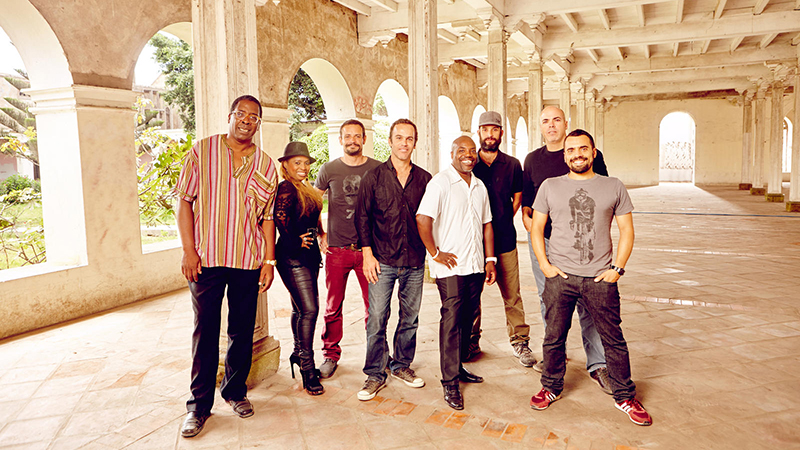 Fusing ancient rhythms and instruments of Africa, Europe and the Andes with cutting-edge sounds and styles, the boundary-breaking Latin GRAMMY-nominated world music group Novalima highlights a rich celebration of Peruvian art and culture. Presented in collaboration with the Museum of International Folk Art (MOIFA), this evening will feature street art from the Amapolay art collective and the opportunity for attendees to learn to screen print designs—just bring a t-shirt or bandana or use one of our free Levitt AMP bags. Shop the artists’ pop-up market, sample Peruvian food and drink and groove to the music of Baracutanga—a seven-piece band representing Peru, Bolivia, Ecuador and the USA—and Novalima. Peruvian powerhouse Novalima took off in 2002 with an album that arose out of long-distance recordings made by four far-flung friends experimenting with combining Afro-Peruvian sounds with electronica. For several centuries up until the mid 1800s, African slaves were brought to Peru, and the rhythms of Africa blended with the instruments and beats of South America. Over the years, Novalima has welcomed more Afro-Peruvian members and sought to make their rich musical legacy mainstream. On their newest album, the 2018 release Ch’usay, they continue to keep listeners on their toes with collaborations with newer Peruvian artists as well as global performers including Colombian marimba master Esteban Copete and Barcelona-based Cuban rapper Kumar.

Novalima’s second album, Afro, won an Independent Music Award in the “Best Album in World Fusion” category, and the band earned a Latin GRAMMY nomination for "Best Alternative Album” for its third album, Coba Coba, released in 2009. No stranger to Levitt audiences—they played Levitt Pavilion Los Angeles in 2011—the band has toured extensively throughout Europe and North America, thrilling audiences at events including WOMAD, Denmark’s Roskilde Festival and the Montreal Jazz Festival.