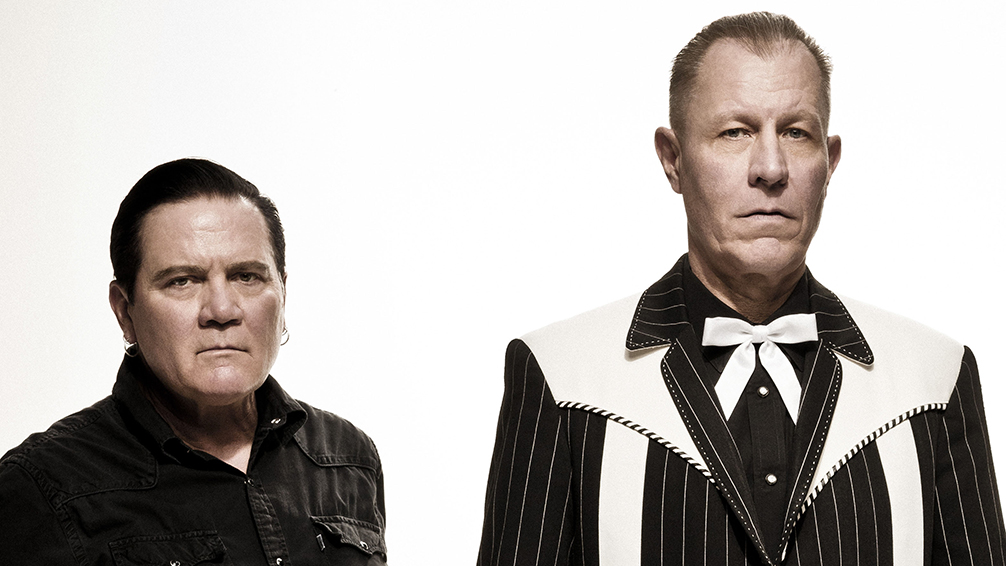 The irrepressible Reverend Horton Heat is a one-of-a-kind trio committed to the mission of bringing psychobilly to the desperate masses yearning for loud, frantic, mind-warping fun. Formed in 1986 in Dallas by the reverend himself—Jim Heath—who has been referred to as “the godfather of modern rockabilly and psychobilly,” the group takes rockabilly to the next level, infusing it with a pounding, punk feel and crazed, humorous lyrics. Heath got the idea for the band when he saw The Cramps play; he realized there could be crossover between the roots and rockabilly music he had grown up with and the burgeoning punk scene. Constant touring and mock revivalist sermons during shows helped the band develop a cult following. Their antics leave audiences breathless—perhaps even confused—but always smiling. Possibly best known for the song “Psychobilly Freakout,” the trio has an inimitable style drawing on musical influences such as surf, big band, swing and country in addition to 1950s rockabilly.

Reverend Horton Heat has released a dozen albums over the past three decades, keeping audiences coming back for more frenetic anthems that make them dance like nobody’s watching. Pop culture references to the band are numerous. MTV’s Beavis and Butthead featured “Psychobilly Freakout.” And “Wiggle Stick,” “I Can’t Surf” and “Nurture My Pig!” have appeared in various video games.