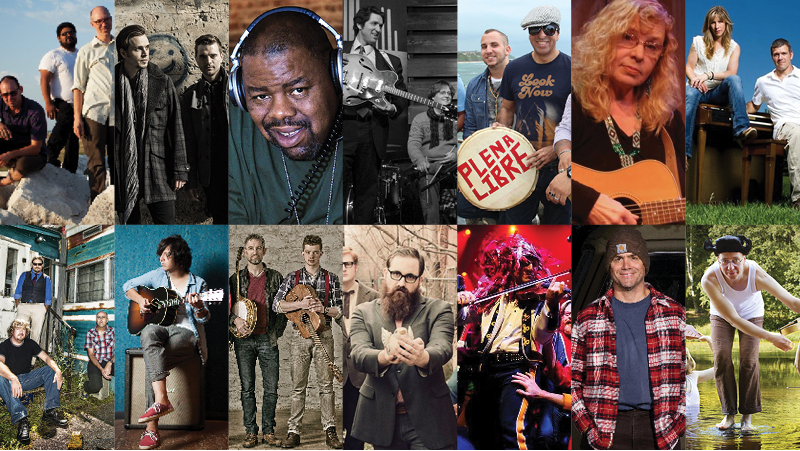 Straight from the hills of Mountain View, Ark., Carolyn Carter shares stories about her life and mountain culture through sophisticated gospel and folk songs filled with poetic imagery.

Rising star of the blues scene, guitarist and singer Davy Knowles has caught the attention of and opened for some of the biggest names in the business including Jeff Beck, The Who, George Thorogood, Kid Rock and Lynyrd Skynyrd.

When this band of brothers from Galway, Ireland, take flight in a wave of virtuosity, verve and joie de vivre, feet tap and pulses race to their mix of Irish, old-time American and bluegrass.

David Mayfield may be one of the most original performers on the Americana scene, known for his bombastic stage presence as much as his virtuosic guitar talent and songwriting prowess.

Inspired by marching bands, rock groups and orchestras, Mucca Pazza and its 30-odd members are an eclectic whirlwind of drums, brass, cheerleaders, uniforms and more.

Michael Perry and the Long Beds