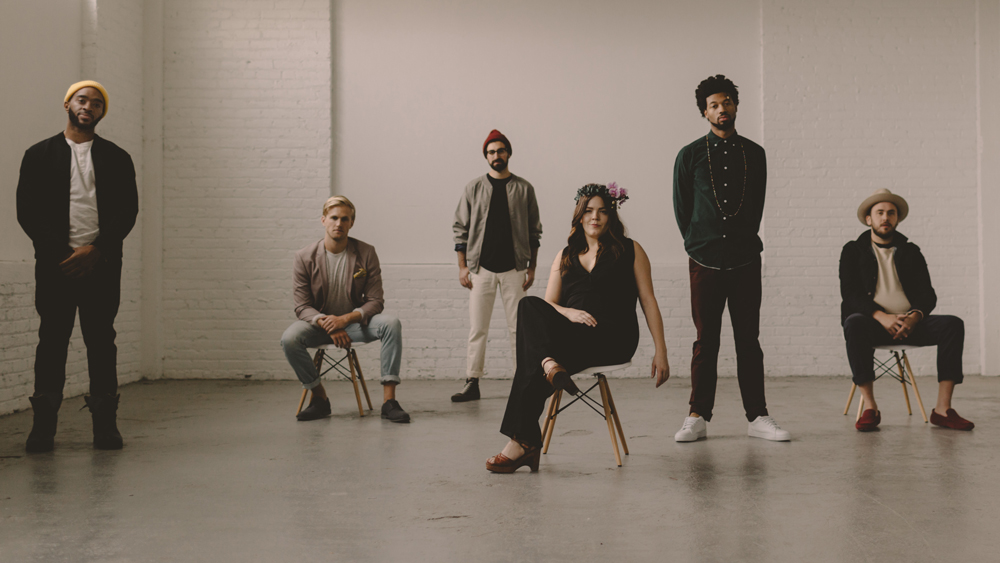 Fast-rising groove sensation Sidewalk Chalk is pushing the boundaries of hip-hop, delivering masterfully orchestrated jams teeming with big hooks, danceable rhythms and unflinching technical skills. Comprised of a driving emcee and powerful vocalist who weaves a lyrical tapestries over dynamic rhythms, a funky keys player and a slick horns section, the Chicago-based group glides between jazz, funk, hip-hop, and R&B to create a richly textured soundscape, rounded out in live performances by award-winning tap dancer Jumaane Taylor. “While many bands strive hard for originality,” wrote The Chicago Tribune, “it’s unlikely that any of them could best Sidewalk Chalk.” Sidewalk Chalk first came together in 2008 while pursuing their undergraduate degrees at Columbia College in Chicago. Since then, the group has taken the music world by storm, pushing their lush sound beyond their Chicago stomping grounds and thrilling audiences and critics across the nation, “pushing beyond musical convention to create art that will know no shelf life” (last.fm).

Named the “Best Hip-Hop Act in Chicago” by Chicago Reader in 2010, Sidewalk Chalk had grown into a force to be reckoned with before even releasing an album. The group’s emcee was chosen to represent Chicago at the 2010 World Exposition in Shanghai, China, and following the release of their debut album, Corner Store (2012), Sidewalk Chalk was named “Most Outstanding Group” at the 2012 Chicago Music Awards. The group went on to release the critically-acclaimed studio album Leaves (2014) and live album, Shoulder Season (2015). Sidewalk Chalk’s most recent release, An Orchid is Born (2017) produced by GRAMMY-winning drummer Robert “Sput” Searlight, was described by online tastemaker Okayplayer as “16-tracks on distraction-less music meant to feed your soul and fuel your feet’s overly-aggressive tapping.” As their star has risen, Sidewalk Chalk has been invited to share the stage with prominent acts including Questlove, De La Soul, Action Bronson, Jean Grae and Hiatus Kaiyote among others. No stranger to Levitt stages, Sidewalk Chalk electrified concertgoers at their 2017 performance at Levitt AMP Sheboygan. 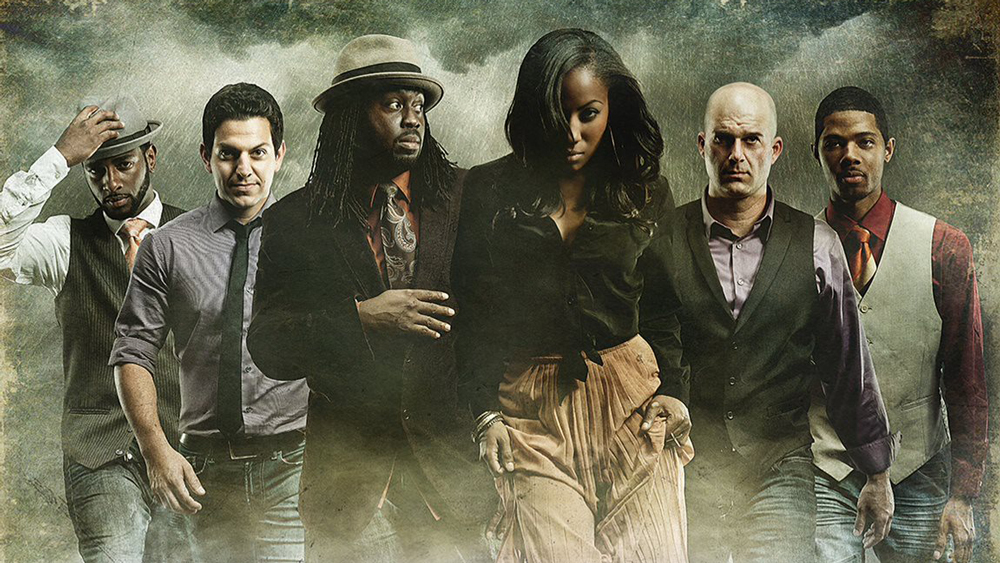 San Diego-native The Lyrical Groove effortlessly balances jazz, hip-hop, blues, R&B, gospel and soul influences under inspired spoken word compositions and stunning live instrumentation. The group was formed when spoken word artist Kendrick Dial decided to have live music accompany his poetry performances. Following an overwhelmingly affirmative reception of their performance at the Ruby Room in San Diego, The Lyrical Groove was officially formed in 2010 and has been captivating audiences across southern California ever since with performances at events and venues including San Diego IndieFest, Anthology, Humphrey’s Backstage Lounge, Winston’s, and The House of Blues. The Lyrical Groove’s debut album, Spoken Soul: Music For Life (2015), helped to cement the group’s position at the forefront of the San Diego music scene and spread their self-described “potent message of social consciousness and spiritual awareness that sings to your humanity and moves your soul.”